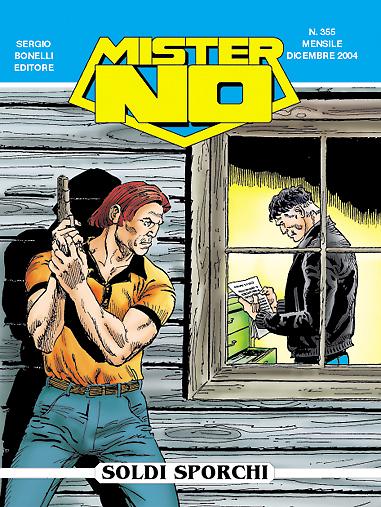 Introduction: In Recife, on the coast of Brazil, someone is playing with fire. And Mister No, in the attempt to save him, will find himself pitted alone against everybody else!

An old acquaintance of Mister No’s has become involved in an underground gambling den and has gotten three lady friends of his - who Jerry hasn’t seen for ages - embroiled in the same shady dealings. But the idea of helping them means setting himself against gangland boss Roberto Guimaraes, who holds a tight rein over all the illicit goings-on in town and also has quite a number of bent cops on his payroll: in other words, putting his own skin at risk once again!