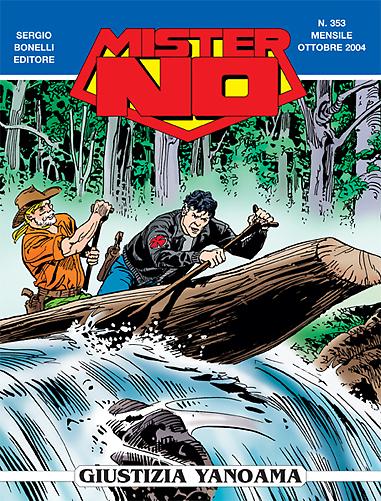 Introduction: Tension between the indios and the garimpeiros risks triggering a bloodbath in the Rio Tucumá area!

Miguel, a young half-breed attorney who is trying to defend the rights of the Yanoamas, finds himself up against the obtuseness of Major Wagner, who’s had the idea of deporting the indios to avoid any future problems. Mister No and Esse-Esse, who’ve become involved in this question on behalf of their young clients Josh and Vanessa, offer Miguel their help and succeeding in averting a massacre at Chief Nagatu’s “shabono”, but the situation threatens to get even more complicated and risks blowing up…