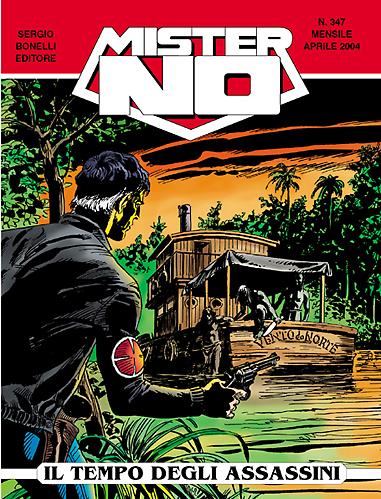 Introduction: A sinister mosaic is about to be completed, and the last piece to be fitted into place is due to be the death of Mister No!

A sinister and mysterious tribe of bloodthirsty indios, whose existence was totally unknown to everyone, makes its bellicose entry onto the scene with a bloodbath perpetrated on a peaceful settlement of Araras. An inhuman action, which is followed by the murder of a police officer, on the streets of Manaus, gunned down by a killer. What connection is there between these disquieting events? Could it be that an old enemy is about to put in an appearance on the stage?