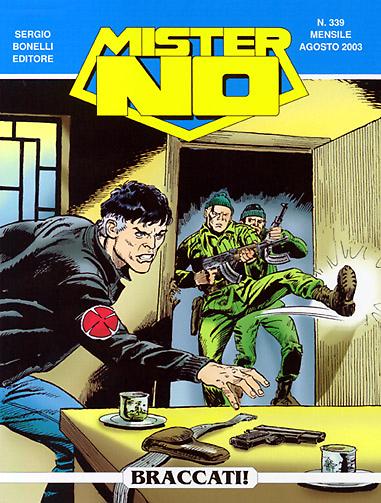 Introduction: Its a real tight spot that our friends have gotten themselves into. The CIA, the KGB, the revolutionaries All of them on Mister No and companys tracks, and all of them bent on one thing only: killing them!

Having sought refuge in Mao Lin’s rice paddies, Mister No, Esse Esse and Van De Veer are trying to find a way out of the fix they find themselves in. And now, here’s another arrival on the scene: it’s Bee, the journalist who has helped our friends more than once in the past. But the resulting calm is short-lived: Mister No and his companions are arrested by a commando of Soviet agents. And you can bet any price that the KGB guys know how to make even the most doughty of tough guys squeal!