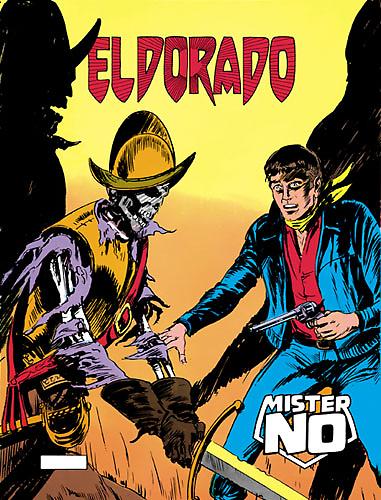 Myth or reality? For centuries, the legendary Eldorado has inflamed the imagination of scholars and adventurers. Now a young archaeologist Cubillas has discovered a document that could prove its existence. He sets off with Mister No for the Andes, where the pair meet an ancient population, the Chibca, who live at the bottom of a cleft in the rock, far from modern civilization…

In this number: The cover story begins on page 26. The story begun in issue 45 finishes on page 25. 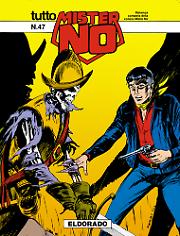