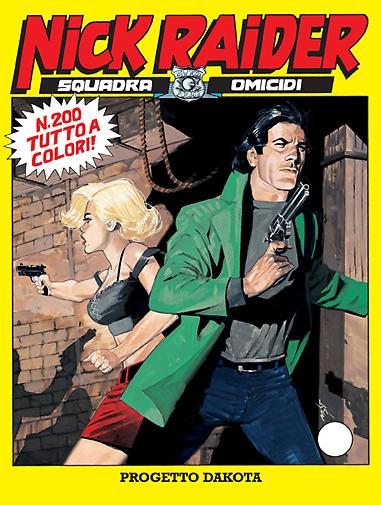 Introduction: In order to put an end to a despicable kidnapping, Nick Raider will have to become a pawn in a terrible conspiracy!

The great day has dawned: Nick is about to walk down the church aisle to wed fascinating and dynamic Violet! With the groom practically standing at the altar, waiting for the woman of his life, a sudden phone call wrecks the atmosphere of joy that surrounded the event: the mobster Don Vito Saracyno has kidnapped the bride-to-be! In exchange for releasing the girl, the mafia boss is demanding that Agent Raider should act as the minder for a dangerous absconder who’s in hiding and has to be transferred to an unknown destination… For Nick this marks the beginning of a dramatic adventure that will catapult him to the very heart of a diabolic conspiracy being plotted against the United States!