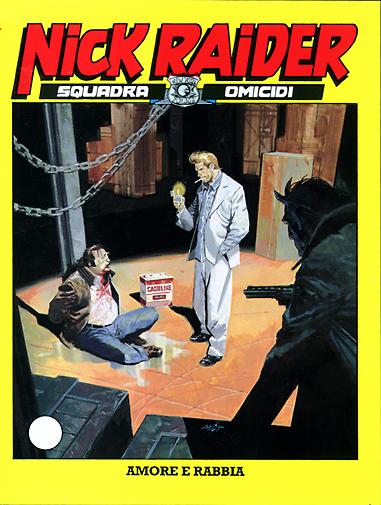 Introduction: Everything goes in love and war But wait, perhaps not everything is advisable!

Anyone working for Henry Coster should realize that if you play false with the boss you’re gonna be graveyard muck. And in fact Stan is perfectly aware of this… but it didn’t stop him from purloining a small case packed with narcotics and proceeding to skip town with Ellen, in search of a new life. Ellen, by the way, is – or rather was – Coster’s dame, and so you wouldn’t be far wrong if you thought there are hard times ahead for old Stan. In fact you’d probably be right, because Nick and Marvin have been on his tracks for a while, since they came across the dead body of a friend of his, who was also in the pay of Coster…