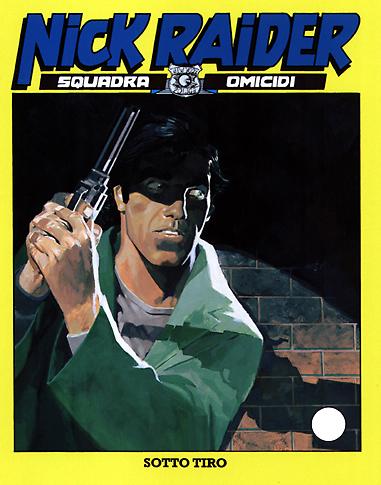 Introduction: Doublecrossing, a witness who's a real hot potato, a frenzied manhunt. With an extra problem: this time even Agent Raider finds himself being chased down like a hare!

What happens when a mob killer squeals and starts to tell all, after being assured of lenient treatment through plea-bargaining? Well, the “families” get frazzled and start going crazy. But after a while, when they calm down a bit, they unleash the full extent of their fury so that the turncoat, whoever it happens to be this time round, certainly doesn’t get a chance to squeal a second time. This is why Nick decides to transfer his witness from Atlantic City to New York, where the police can keep an eye on him until the trial. Unfortunately, the tentacles of the grapevine reach deep into the Police Department too, and the route chosen for the transfer is very soon an open secret!