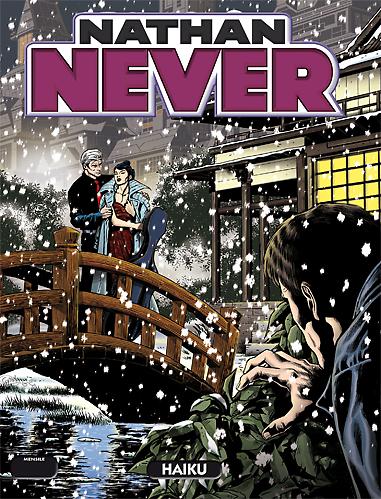 Introduction: In New Tokyo, the life of a young cello player is threatened by a dangerous stalker!

Kumiko Sato, a young cello player, already showed she's more than just a promising musician, but sometimes success has unpleasant consequences: the girl appears to be the target of the morbid attention of a threatening admirer, that keeps sending her menacing haiku, the traditional Japanese short poems. While in New Tokyo, Nathan Never, away from its daily routine, tries to find the identity of the dangerous stalker, while risking to be overwhelmed by his own flowing memories...