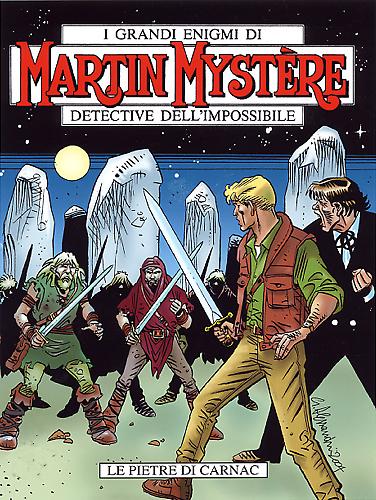 Introduction: What secret is hidden in the magic alignment of the megaliths at Carnac?

Martin and Java are in France, together with the daughter of an old friend of theirs, who is planning to complete the research begun by her father on Pietro d’Amiens, a monk who lived as a hermit in the eleventh century. Also traveling with them is a rather self-important adventurer, who makes little attempt to conceal his interest - which is by no means of a scientific nature - in the girl. Meanwhile, the little group is being tracked furtively by the shadow of a sinister masked character...