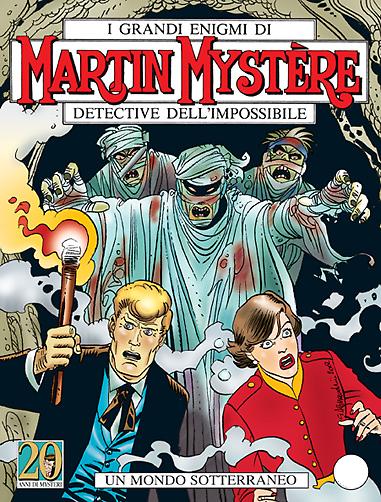 Introduction: A hidden kingdom, a promise to be kept, the somewhat rash move of setting himself against the powerful Chinese mafia…All this is awaiting Professor Mystère in December!

Martin, Java and Caterina are still trapped in the lost city of Laputa, beneath the desert sands of Central Asia, and they would be left there for ever if the course of affairs were to turn out according to the intentions of mad Prince Regent Hasan, determined as he is to do whatever it takes to prevent the secret of the existence of Laputa from coming to light. Luckily GOUM has a plan… Catapulted from the scorching desolation of the desert into the chaotic vitality of Hong Kong, Martin and Java find themselves caught up in the scheming and plotting of the Triad, which is bent on getting its hands on a mysterious ancient object…