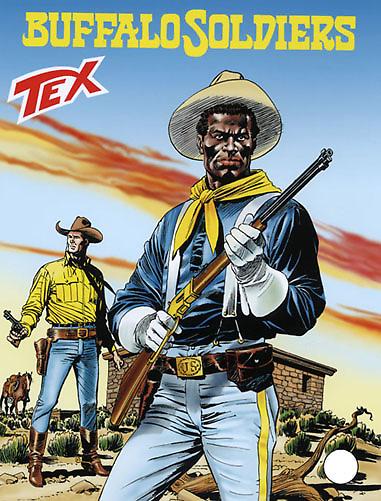 Introduction: A legendary regiment, for an epic ride with the Buffalo Soldiers!

In Northern Utah, while Tex and Carson are tracking down the dangerous comanchero, Pablo Carrizo, that they’ve been trying to capture for 10 years, the pards meet an old friend of theirs, Black sergeant Bill Johnson. Bill helps them against a band of Utes. His cavalry regiment – the 10th, formed by the famous Buffalo Soldiers – is quartered in Fort Duchesne to act as a buffer between the adventurers and outlaws from Destiny (an illegal town built in the Ute Reservation), and the Utes tribes of the Uintah Mountains. The Natives are led by the wise and fair Chief Ouray, but they’re constantly provoked by Carrizo’s men. Tex asks for the aid of a Buffalo Soldiers’ patrol to negotiate with Ouray, but along their track they’re forced to retreat inside the White River Indian Agency, sieged by the comancheros and the rebel Native warriors. 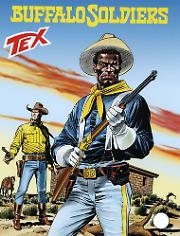 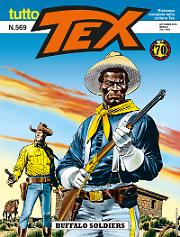