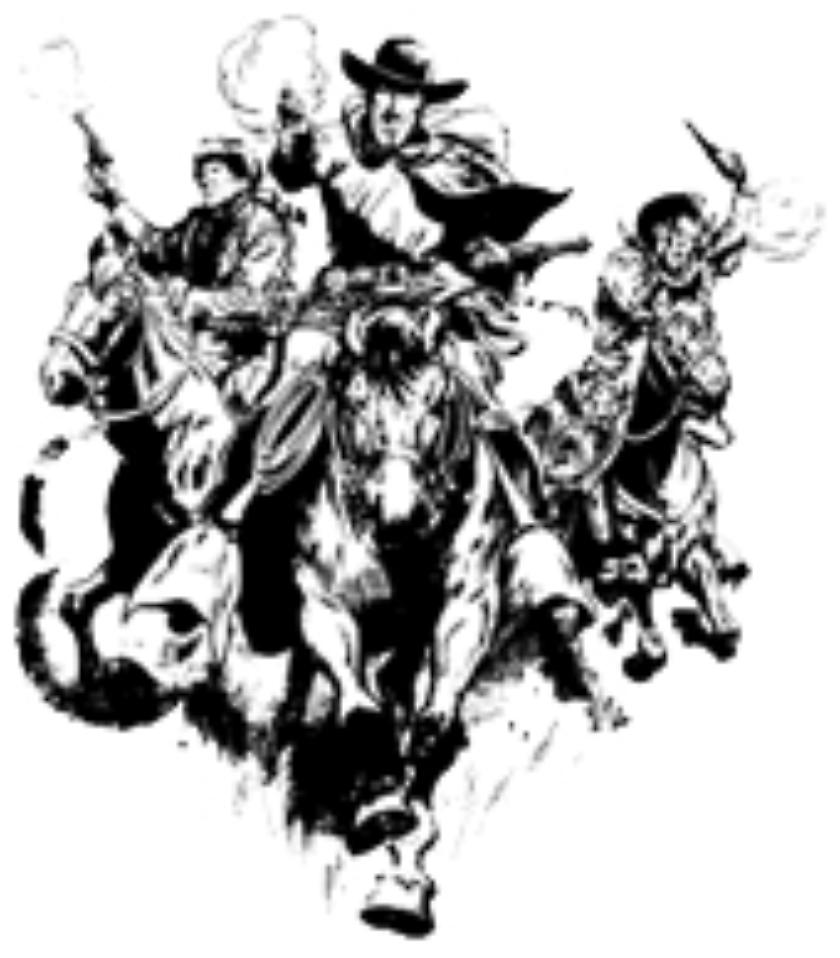 After creating a long succession of lone heroes, for his new album G. L. Bonelli chose as protagonists a riotous trio of brothers, who were given the faces of the actors John Carradine, Victor McLaglen and Montgomery Clift. The Bills (this was their surname, not a first name) were a terrible trio of avengers, who, in deference to an oath sworn to their father upon his death-bed, only resorted to weapons in absolutely desperate circumstances and always tried to avoid killing. But on the other hand, they would smash the hand of anyone who dared take a shot at them, so that whoever it is never had a chance to do the same again! Always ready to get involved in fisticuffs, the trio (Black, an uncommunicative sort of guy with a strange costume that gives him a rather somber air; Sam, an easy-going giant who is just as happy taking part in a lively round of drinks as in a Homeric mêlée, and finally Kid, the "little one" of the family, a puppy already equipped with a good set of teeth) are absolutely unstoppable. Their adventures come thick and fast like an avalanche and they experience all sorts of excitement, narrated with the customary panache by G. L. Bonelli, whose scripts have lost none of their freshness and still make excellent reading today. Kid, Black and Sam Bill were at first depicted graphically by Giovanni Benvenuti, who began by composing the drawings for comic strips and later became a consummate and renowned illustrator. His drawings, which were highly realistic, accentuated the already pronounced characterization of the protagonists. He worked in collaboration with Roy d'Amy, who later, in 1955 (when the series was resumed by virtue of the enormous popularity of the characters) took over the entire task of producing the drawings, with the aid of a few co-workers. "Il ritorno dei tre Bill" ('The Return of the Three Bills', as the second series was called) also achieved considerable success, thereby demonstrating the evocative power of these characters. There followed several reprints, and the characters made their last appearance in Italy in a few albums of the famous Collana Rodeo.