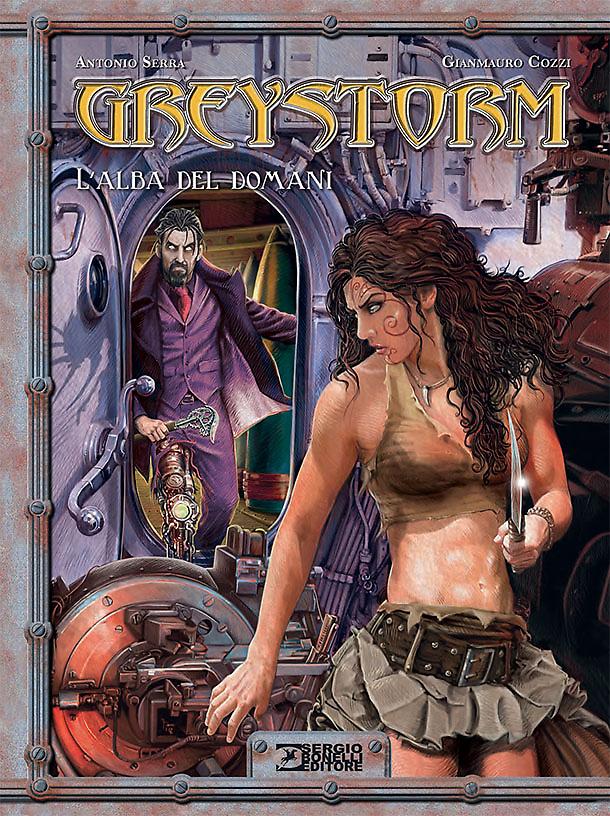 It's time for the finale of the saga that tells the story of Robert Greystorm, the first Bonelli's saga where a villain is the leading character. The brilliant inventor, a standard-bearer for scientific progress, is guided by a dark force from the past. In the end, after becoming definitively deranged, Greystorm comes to the final clash against Hoanui & Mili, two young twins who want to prevent him from ruling the World.

The volume is also enriched by a series of extra images (sketches, studies, pencils) and a short story (in full color!) that has never appeared on the regular series. Exclusive cover by Gianmauro Cozzi.