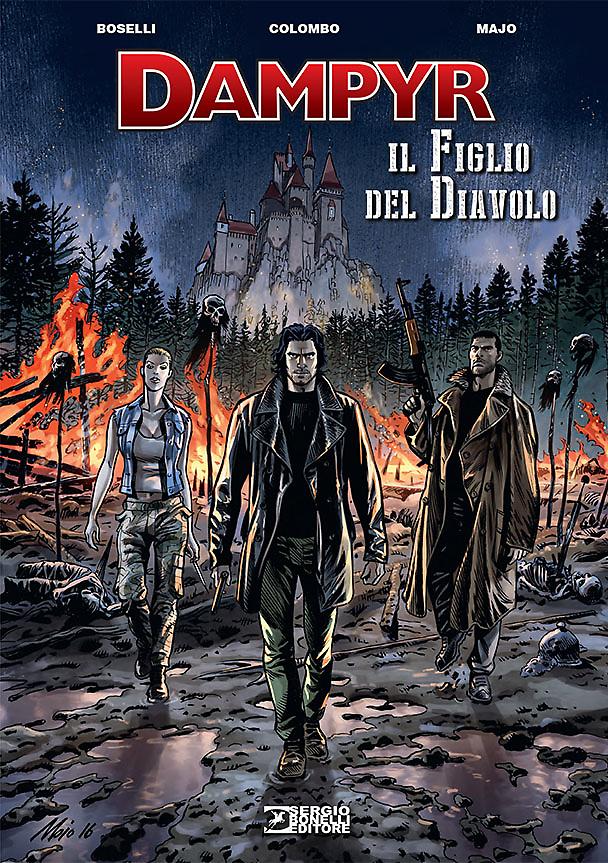 Harlan Draka is a dampyr– the son of a human woman and a male vampire, according to the old myths of Slavic folklore. Half-human and half an alien creature, he's the only one who's able to kill the Masters of the NIght, a race of uber-vampires, leaders of legions of undead. Tough and disenchanted, deep down in his heart Harlan is an idealist and a romantic, who swore to devote his own life to the fight against the sons of the darkness and the Evil that dominates the world.

This volume presents the double story about Harlan's first meeting with his soon-to-be comrades Kurjak & Tesla. It's the beginning of the series, written by the two creators of the character, Mauro Boselli and Maurizio Colombo, with art by Majo, whose pages have been beautifully restored and replicated for this edition. Exclusive cover by Majo.