Adam Wild: under the shadow of war!

In our previews for 2016, now it's time for Adam Wild: let's find out the adventures that will be waiting for the anti-slavery hero, born out of Gianfranco Manfredi's imagination! 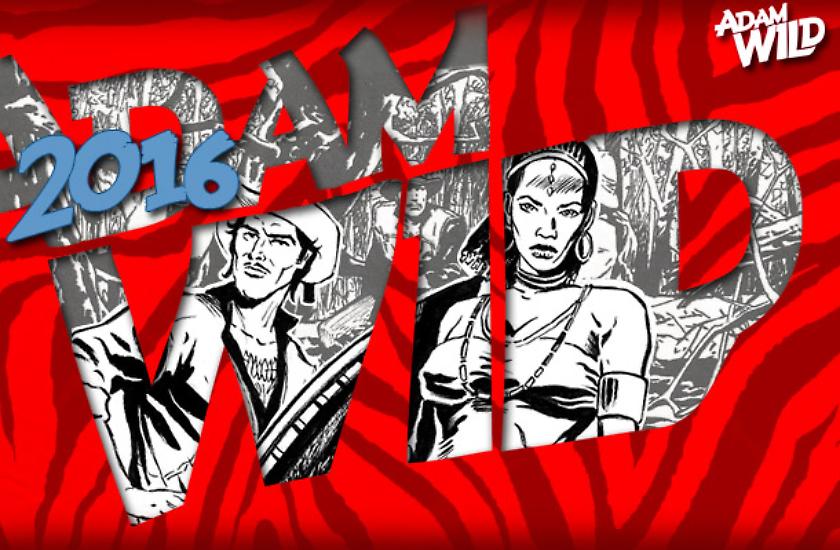 The new year starts with Adam Wild's return back to Africa, in Lagos, Nigeria, where the mixing up of cultures created a new society, in constant turmoil. Nigerian gangsters donned up according to the dictates of the latest Victorian fashion; travelling seamen; unscrupulous and unethical traffickers from Western Companies; listless colonial troops; and raiders who came from Sudan, under the rule of a crazed prophet, and after invading the Nigerian hinterland are now threatening the port city.

Next stop: Cape Town, the center of very intricate political conspiracies and spy stories. New explorations, in search of ancient buried cultures and unexpectedly mysterious routes, will take Adam to the borders of our reality. But History makes its pressure felt. The memories of the first African war he fought as a young man, the war against the Zulus, are still troubling Adam. But a new fight is under way. For the British Empire, the former Boer allies have become enemies.

On the battlefront, year 1900 will be the time for Adam to meet with the great characters of that era, like Cecil Rhodes, or for people who will leave their indelible mark on the new century, such as Winston Churchill and Gandhi. Meanwhile, behind the scenes, a new kind of slavery is taking root: the enslaving of workers in the diamond mines. Old enemies will make a comeback and new ones will emerge, while Adam, often fighting alone after having been forcibly separated from his best friends and his woman, will be confronted with some pivotal choices.

All this and even more, with texts by Gianfranco Manfredi, pencils and ink by an array of artists, featuring some new entries: Pedro Mauro Dias, Ibraim Roberson, Sinisa Radovic and Gabry Parma, alongside the well-known Massimo Cipriani, Matteo Bussola, Antonio Lucchi, Stevan Subic and Laci.