Immersed in the mammoth paradox that created a new reality, Luca Enoch’s chrono-agent is still jumping in time! 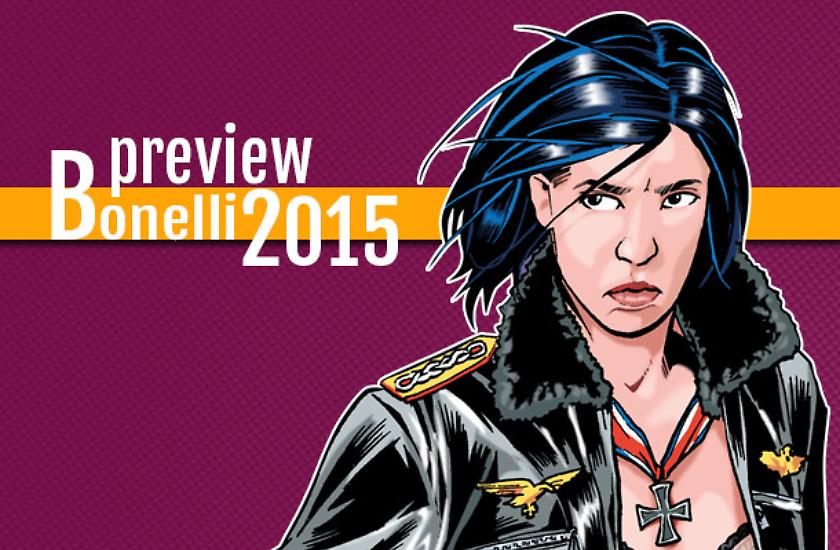 In June, we’ll go back to the early 1930s. Europe is on the brink of a war that just won’t resolve to break out. The large central Empires are contrasting the powerful western National States. USA don’t exist yet, and they still are a wealthy British Dominion, while the eastern part of North America is a Japanese colony. Using an alias, Lilith joins the famous Von Richtofen’s “Flying Circus” and, during the war, becomes an ace pilot of the German Air Force until the tragic epilogue that will mark the end of the Great War.

In November issue, Lilith comes back to our time, between Afghanistan and Iraq, the theater of endless fighting to exploit the raw materials and strategic location of the two countries. The actions she took in the last episode created a dystopia where the dominant world power is not the USA, but a Germany that never knew a totalitarian regime, and acts like a classic colonialist power. Lilith will have to trace the Triacanth bearer in between open war scenarios and the underground actions of private hired soldiers.