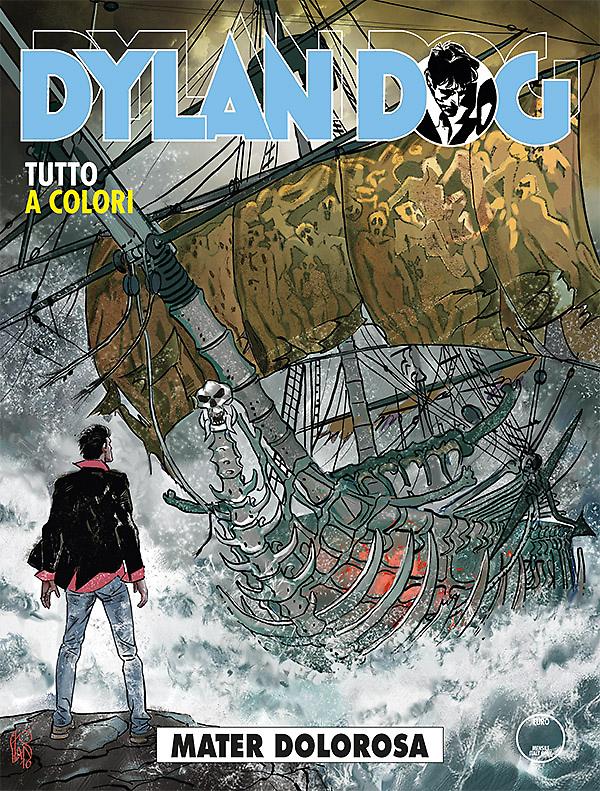 Introduction: The Nightmare Investigator celebrates his 30th anniversary with an epic story in full color!

When Dylan Dog feels again the symptoms of the obscure disease that had almost killed him several years ago, he realizes that Mater Morbi, the mother of diseases, is back. And he'll be forced to plunge into a sea of pain, while he is looking for himself and his past and present secrets.
Xabaras, Morgana, his Galleon, the former inspector Bloch, Groucho, Moonlight, the living dead, Mater Morbi... Nobody will miss this festival of death, in a full-color album to celebrate the 30th anniversary of our Nightmare Investigator.