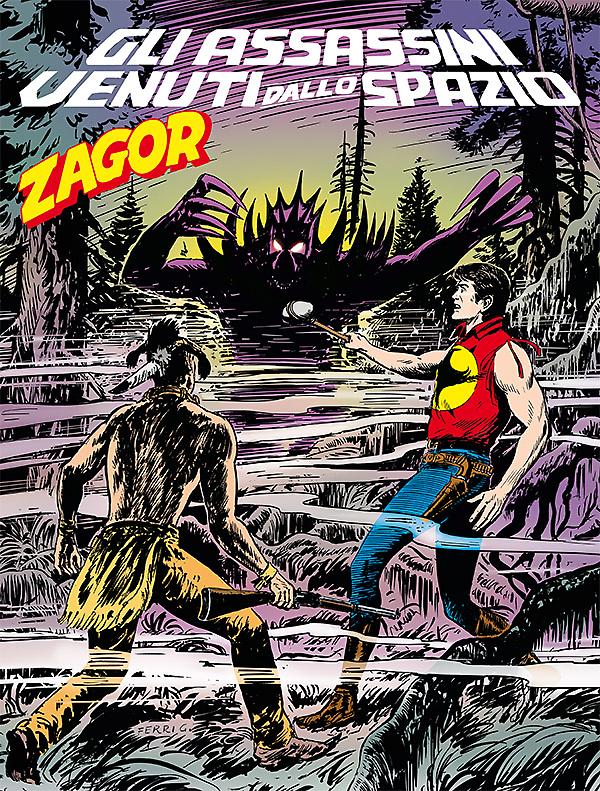 A wicked trapper, Hays, was locked up in a prison in the stars after having been jailed in an alien spaceship for murder. Now he escaped, taking three other inmates with him. Hays wants to have his revenge on Zagor, while the extraterrestrial fugitives who came along with him see the Earth as a game preserve of sorts: here they can feed on humans and raid the land at will, since the planet's limited technology doesn't allow anyone to stop them, apparently! While they're being hunted in the woods, Zagor and Tonka try to set up a first line of resistance... and here they find a unexpected ally.