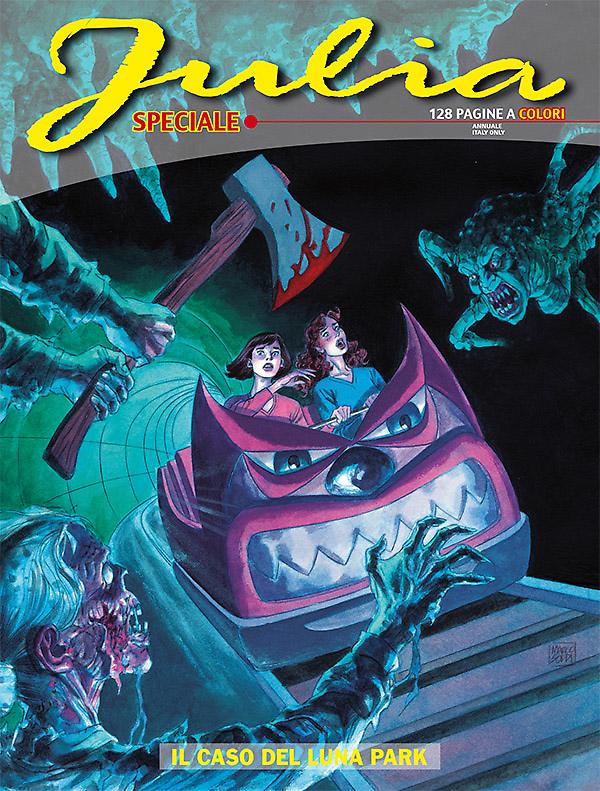 Introduction: A killer's shadow looms above the dazzling lights and deafening sounds of an amusement park!

While she's not at her college classes, a young Julia is looking to unwind a little bit—that's why she decides to spend an afternoon with her sister, Norma. They are just getting on the train that will take them inside the horror tunnel, at an amusement park, when they find the dead body of a young man in a wagon! A police inquiry ascertains that the man had previously been convicted for car theft, but the investigators' main target is the place where the body was found: the killer may be hiding among the caravans, attractions and artists' families who live in the lights and shadows of that big amusement park...