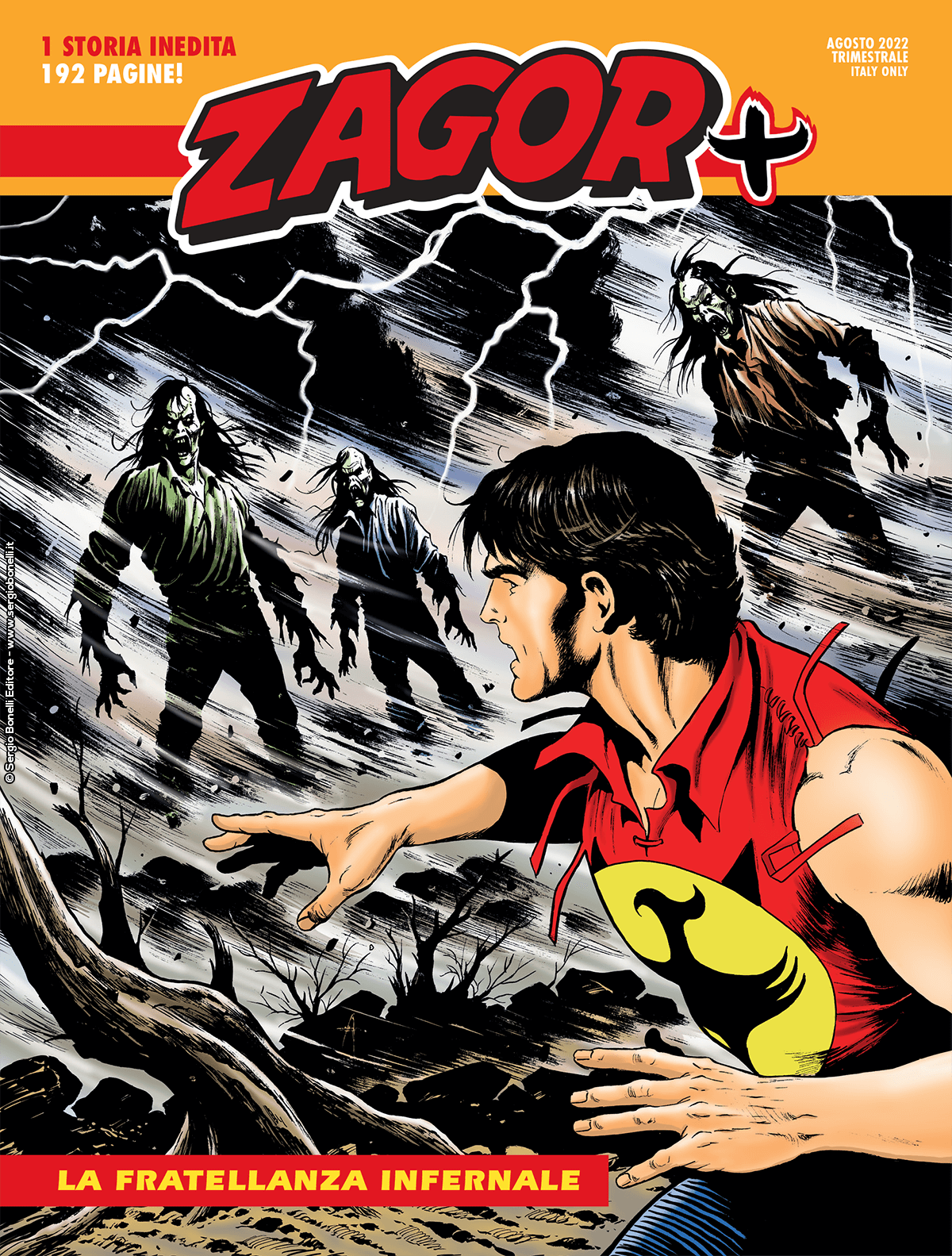 Introduction: A gang of unstoppable outlaws comes back to life to have their revenge!

Old African legends talk about the isithfuntela, dead people who could be summoned back to life through obscure magical rites performed by people who, during the centuries and their journeys from one corner of the globe to another, were simply called sorcerers. One of them is forced to use his powers to snatch the men of a killing gang known as the Brotherhood, defeated and massacred many years before near Darkwood, from death's hands. The revived bandits are blinded by hatred, invulnerable to normal weapons, and consumed with a desire for revenge. They find Zagor on their path, and he will have to stop them before they return to spreading terror in Darkwood.