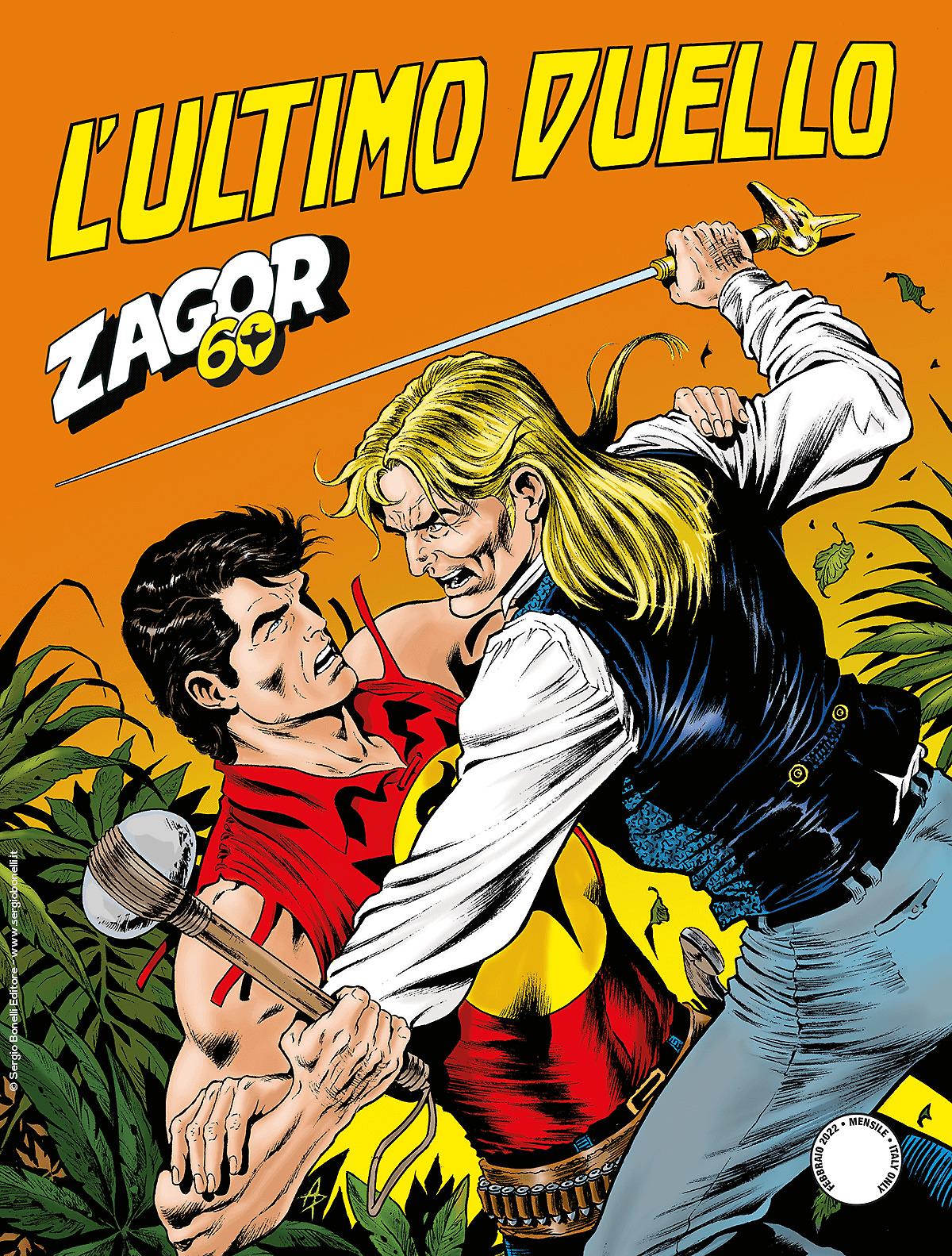 Introduction: Sentenced to death and chased, the Spirit-with-the-Hatchet has to prove he’s innocent and save Jenny from the ruthless Mortimer!

The diabolical Mortimer manages to have Zagor accused of two crimes he committed – a soldier’s and a wealthy businessman’s, Mr. Humbert. Zagor is imprisoned in Pleasant Point, surveilled by Captain Simpson’s men, who decided to hang him as soon as possible. Deeming his plan a success, Mortimer moves away from the trading post on a canoe. But Jenny, one of the Pleasant Point girls, secretly in love with Zagor, follows Mortimer. Where is he going? What else is he plotting? After escaping, Zagor follows the ruthless criminal’s tracks, trying to reach him before he can hurt Jenny. This way, the Spirit-with-the-Hatchet uncovers another piece of the sinister plot against him… but he has to fight the people who want to collect the reward he’s got on his head!