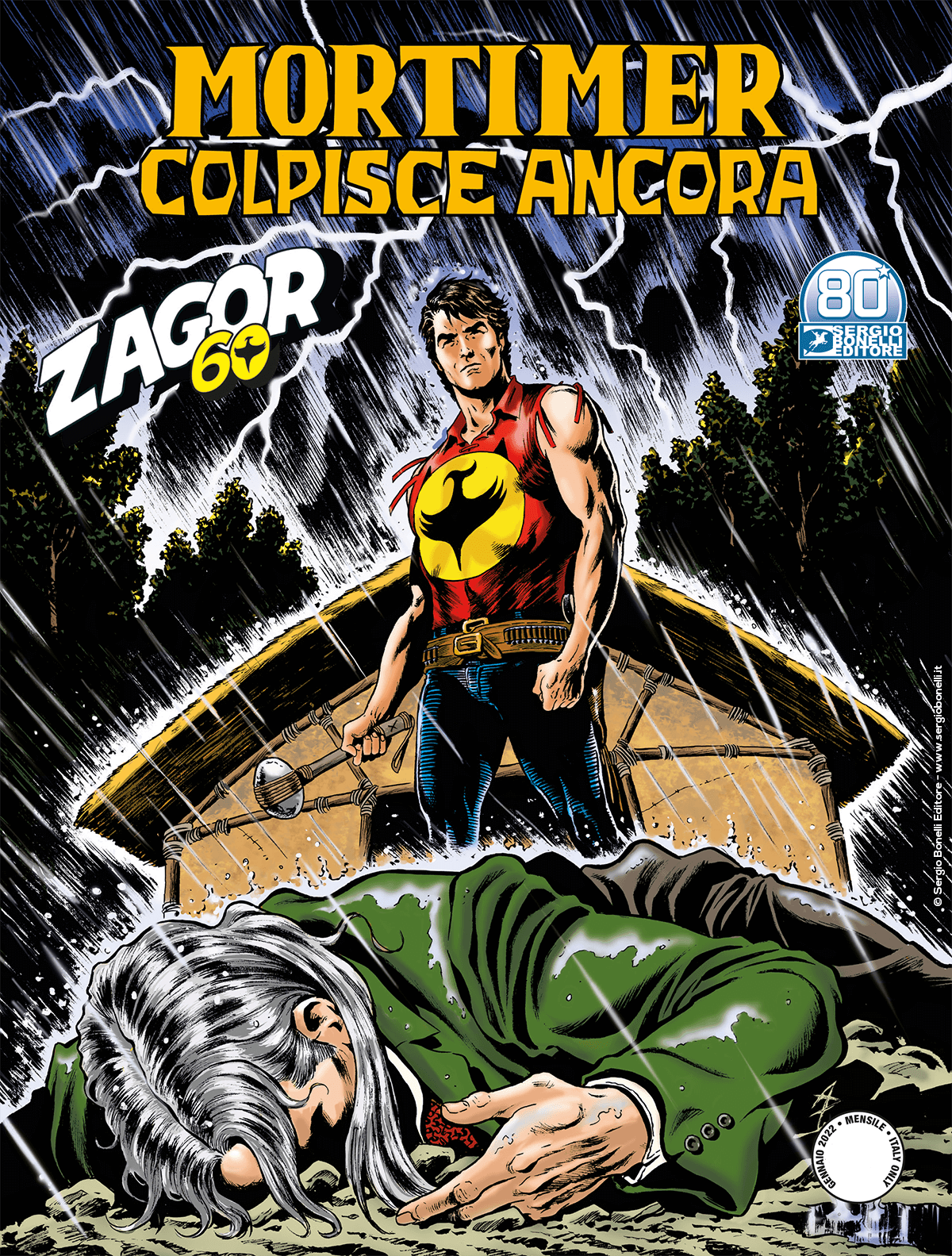 Introduction: It’s time for the second act of the revenge plotted by the malign Mortimer!

The snare laid by the diabolical Mortimer has just started to close around Zagor… But soon, there will be no way out for the Spirit-with-the-Hatchet, hunted by the soldiers and accused of two crimes he didn’t commit! Running away in the forest, the Darkwood hero is caught and put in jail while his wicked enemy gets ready to start the second part of his plan…