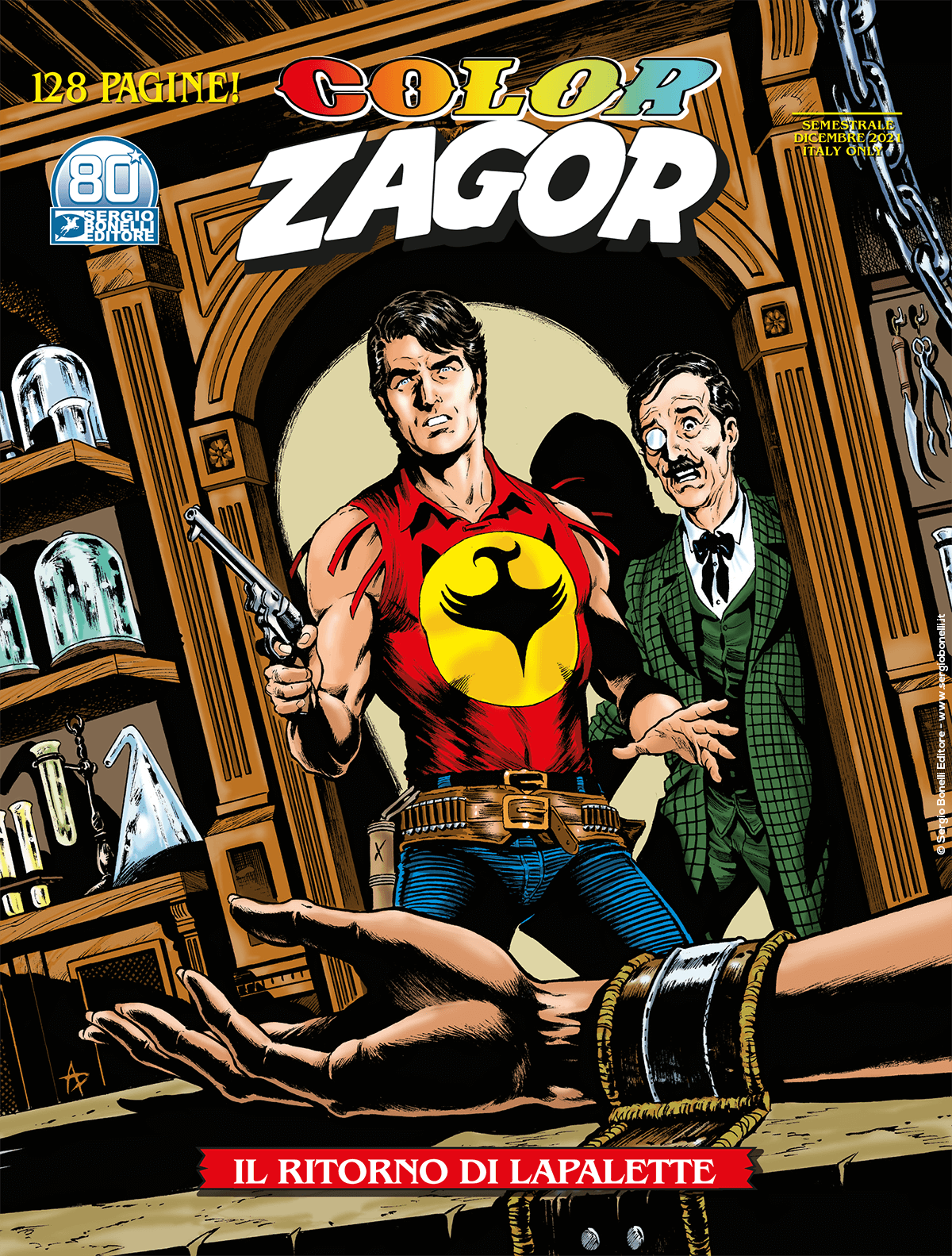 The Count of Lapalette, a gentleman thief and an old friend of Zagor’s, enters the mansion of the mysterious Dr. Warren in Chicago. Here, he finds a deadly secret while crossing paths with Zagor, who’s in town to look for a few missing Native girls. Other young women vanished in the previous months in the city’s underworld. Warren and the gang of criminals at his beck and call try to stop the Spirit-with-the-Hatchet from finding the truth, in a succession of fights and chases.