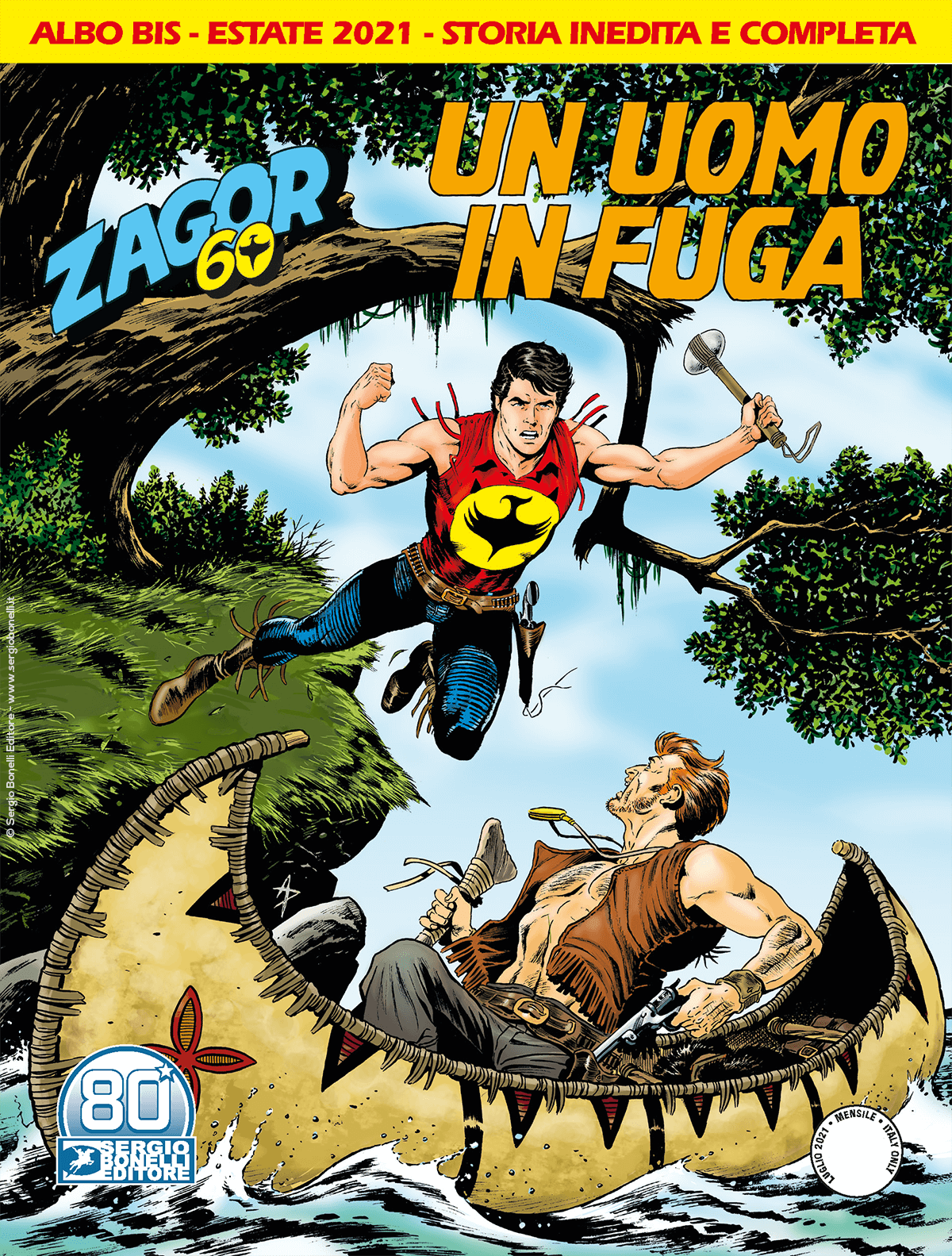 Introduction: The Spirit-with-the-Hatchet hunts a killer-robber, but the chase is an excuse for personal revenge for someone else!

After a robbery, an escaping bandit kills an old trapper to stole the horse he keeps in his stable. Then, he manages to rejoin his accomplices in their agreed meeting point. Zagor joins the posse hunting the band of robbers… but the victim’s son, Miles, is determined to avenge his father and wants to get back at the killer. But Miles really is somebody that Zagor knows under another name...