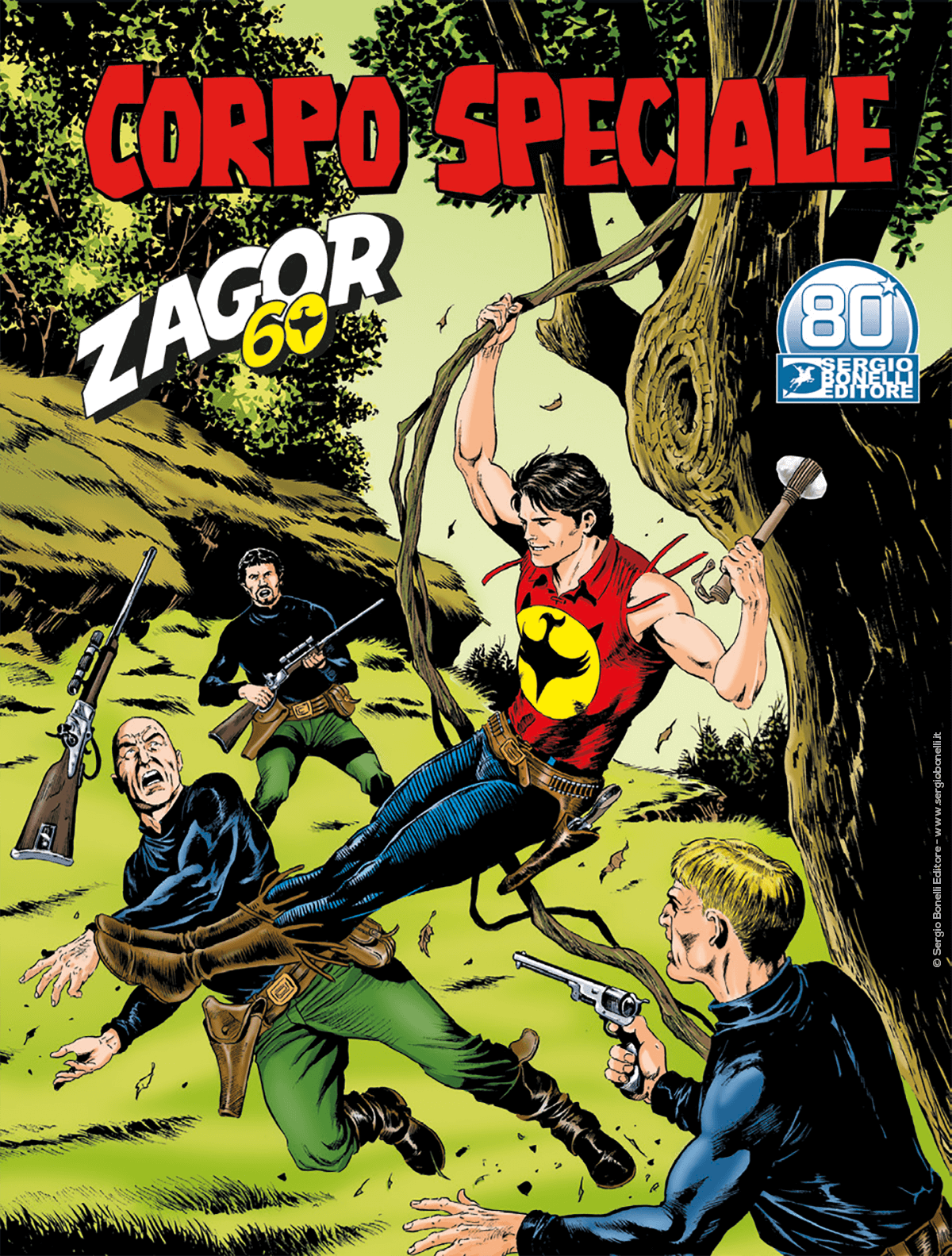 Zagor returns to a place that marked his fate: the Abenaki village on the shores of a lake where he had his revenge on Salomon Kinsky and where “Wandering” Fitzy died. The Spirit-with-the-Hatchet finds out that some of the local people still remember the massacre of many years ago… but also that an Army special corps called “Snipers Force” created a base near the lake, clashing with the Native Americans.