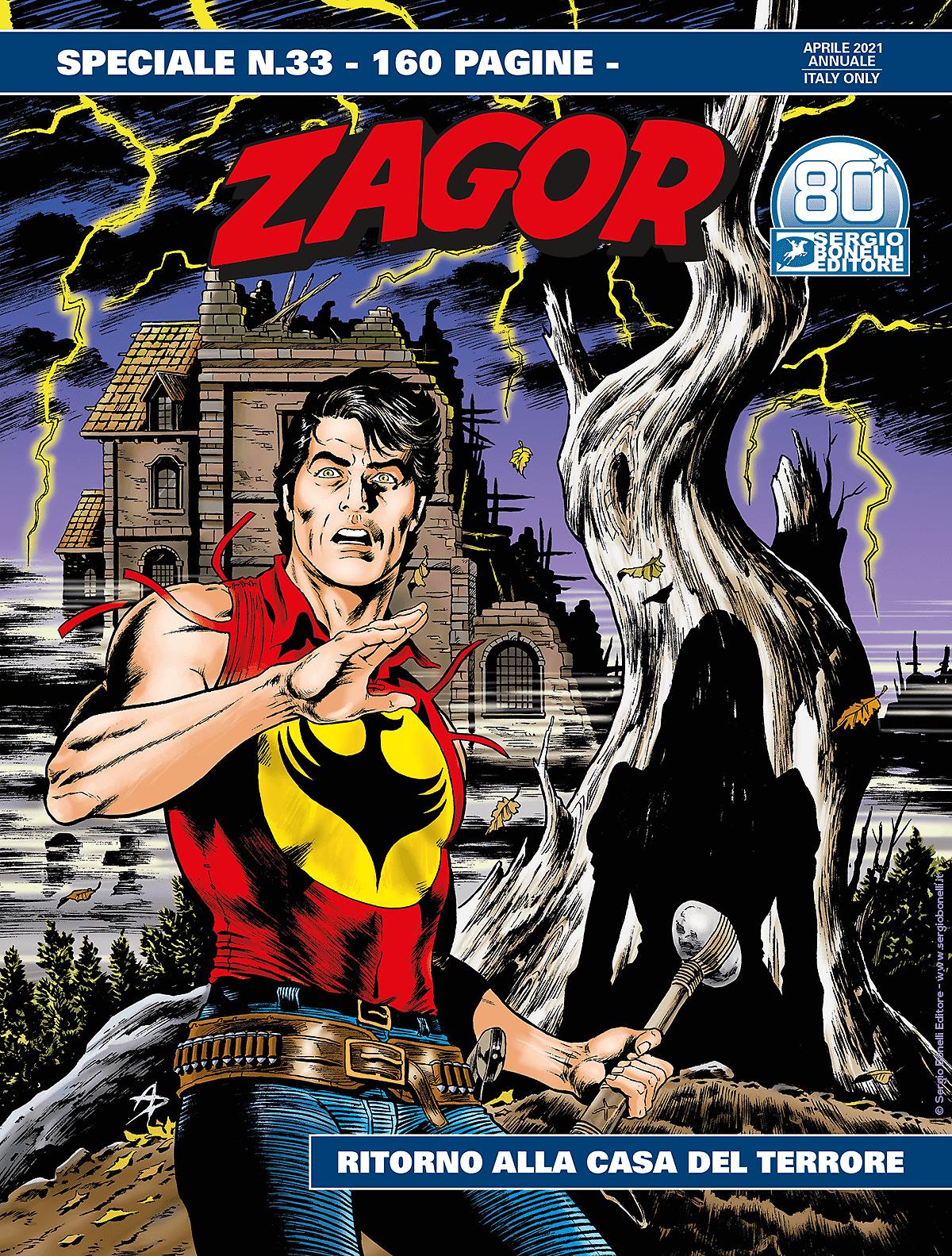 Introduction: The House of Terror, the unforgettably grim mansion on the Windy Cliff hill, the protagonist of one of the most famous Zagor adventures, still has some secrets to reveal!

There is a mystery about the portrait of Priscilla Stanford, burned at the stake as a witch two centuries before in front of the mansion: the person who solves it will find the treasure hidden by the supposed with somewhere in the House. The treasure is coveted by a corrupt man, Mr. Roland, who wants to steal it from Alan Stanford, Priscilla’s descendant. And Alan asked Zagor, Cico, and Bat Batterton for help…