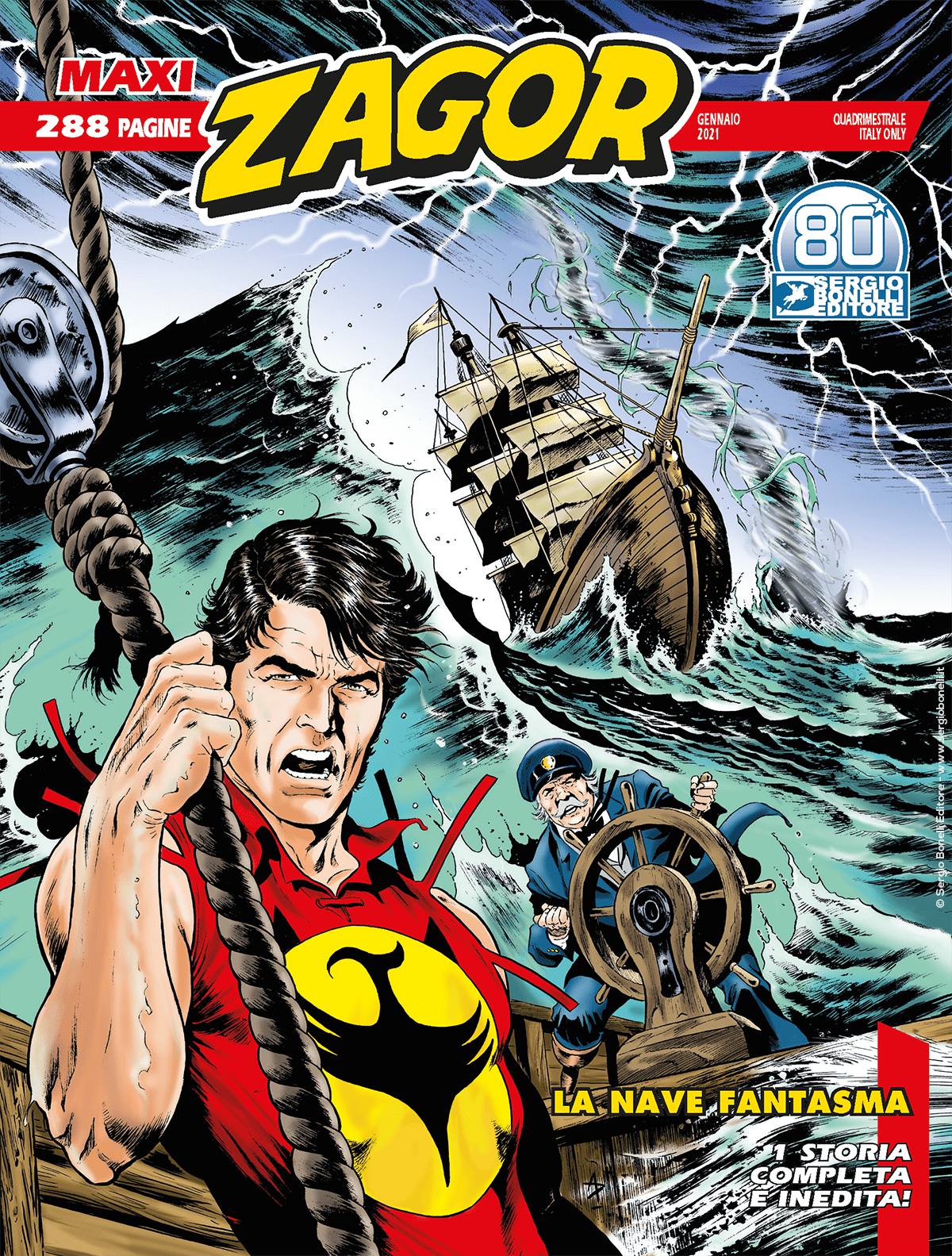 Introduction: Zagor and the Golden Baby crew must face their hardest challenge and find out what terrible mystery is concealed in the sea south of Bermuda!

Inexplicable and alarming phenomena happen in a stretch of sea off the Florida Coast. The seamen's tales report of ghost ships and other vessels that vanished into thin air or were swallowed by fog banks that seem to surface from the oceanic depths. A scientist, Professor Coleman, an old friend of Captain Fishleg, may have found an explanation for these events, but someone kidnaps him and forces him to perform his experiments in that same stretch of sea. To rescue him and uncover the mysteries hidden south of Bermuda, Zagor and the Golden Baby crew will have to face obscure forces of nature and prevent the results of Coleman's research, which could change the fate of humankind, from falling into the wrong hands.