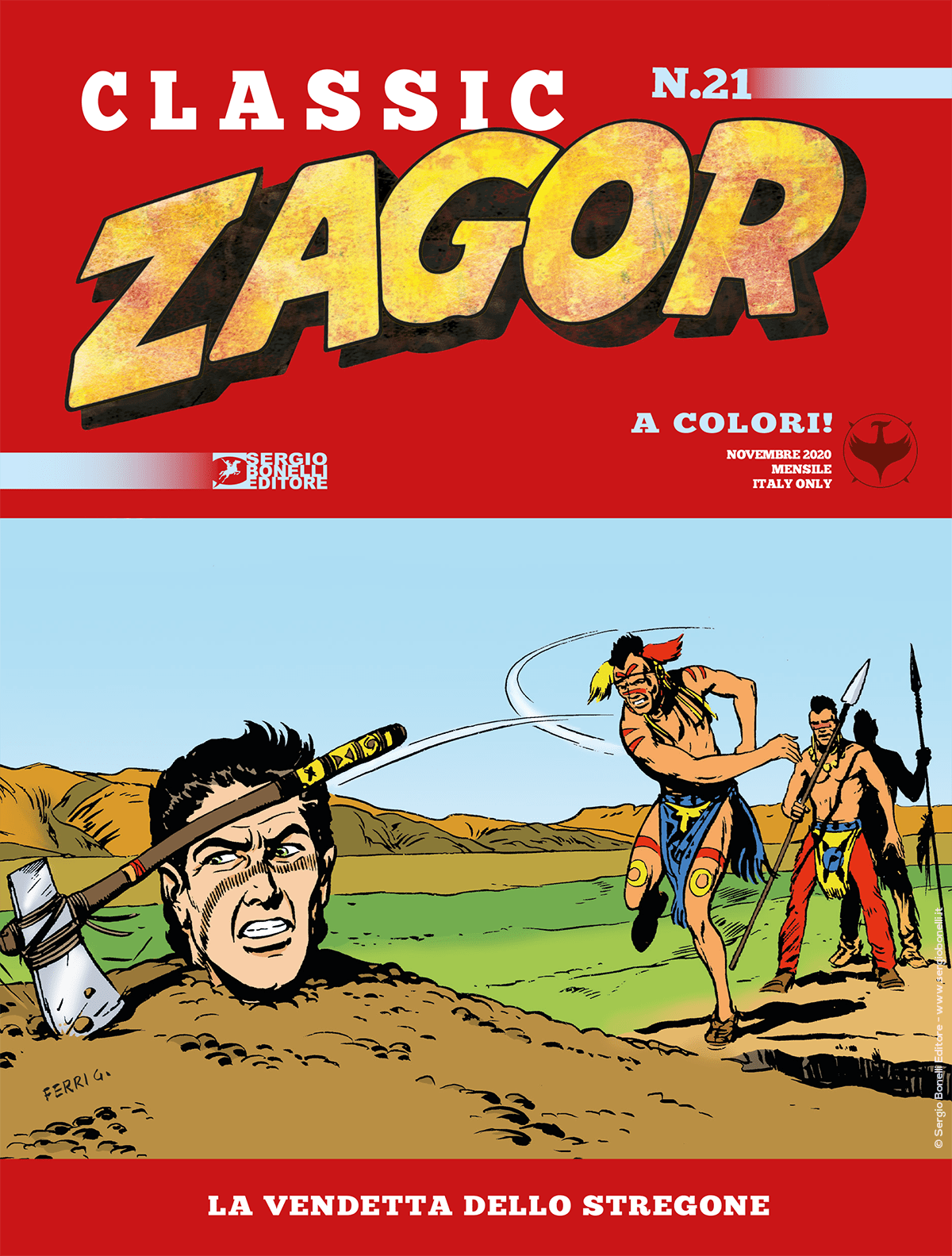 Introduction: “By a thousand scalps! I’d really like to see that screaming rascal up close!”

On the tracks of the savage bandit, Harper, the Spirit-with-the-Hatchet is caught by Wabashi, the shaman. After his last defeat, the old Indian didn’t resign himself and, with a few warriors, went on the warpath to take revenge on his hated enemy… Later, Cico & Zagor are forced to escape Fort Dixon, after one of the Mexican’s usual shenanigans. But they ignore that what awaits them is far worse than what they left behind…