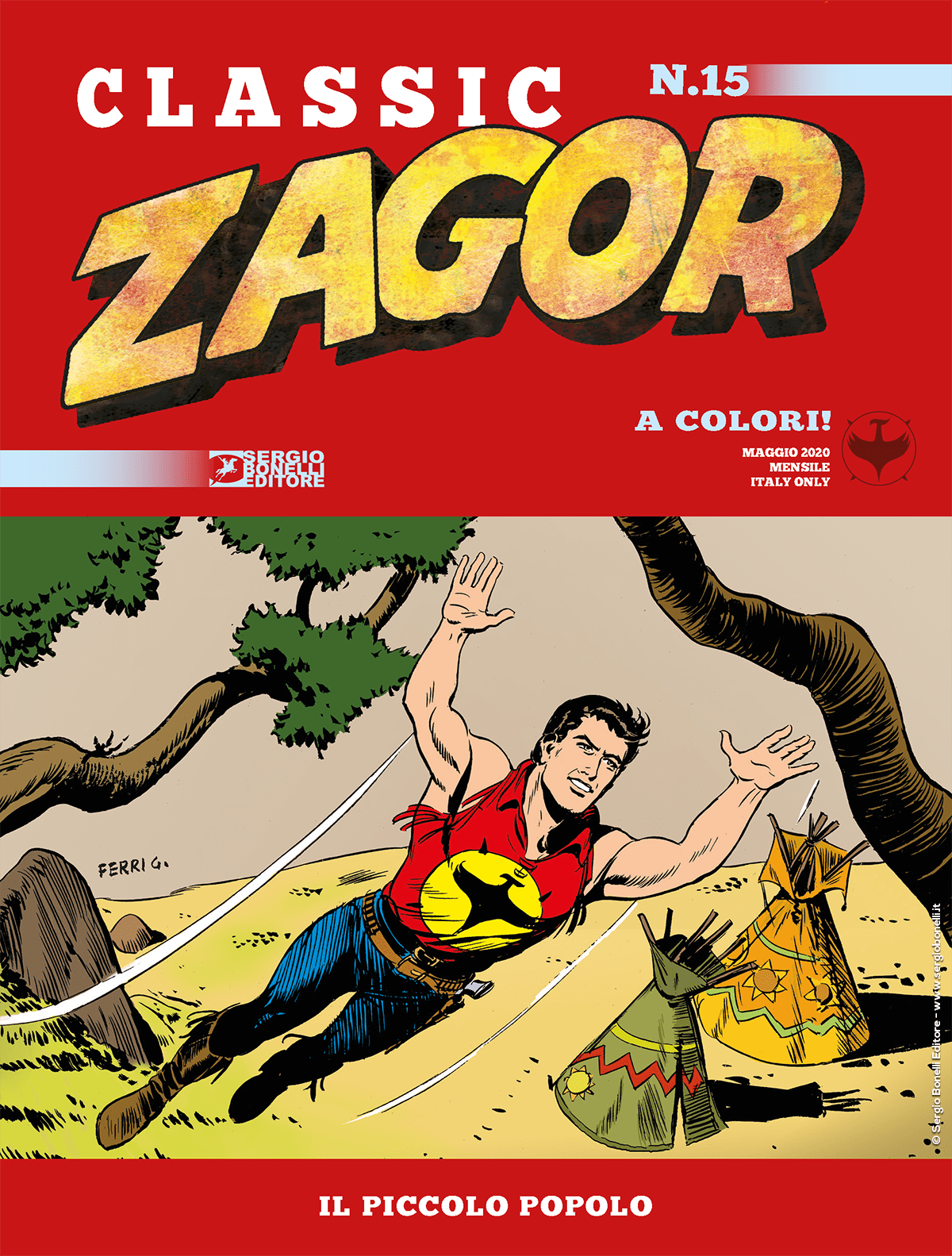 Introduction: “By a thousand scalps! I hope that nothing serious happens to that reckless fatso!”

While he’s trying to set the Hawks tribe free from the curse of Yaska, the witch, Zagor faces supernatural threats to arrive at the lair of the old hag. After a fight against Long Knive, the secret son of the sorceress who wanted him to be the Hawks’ new chief, Zagor and Cico go back to Fort Henry, where they meet a large and short-tempered trapper, Kirk. With him, they leave for the North to stop an Indian-settlers war. Along the way, though, Cico falls into a trap and is caught by a mysterious tribe of pygmies…