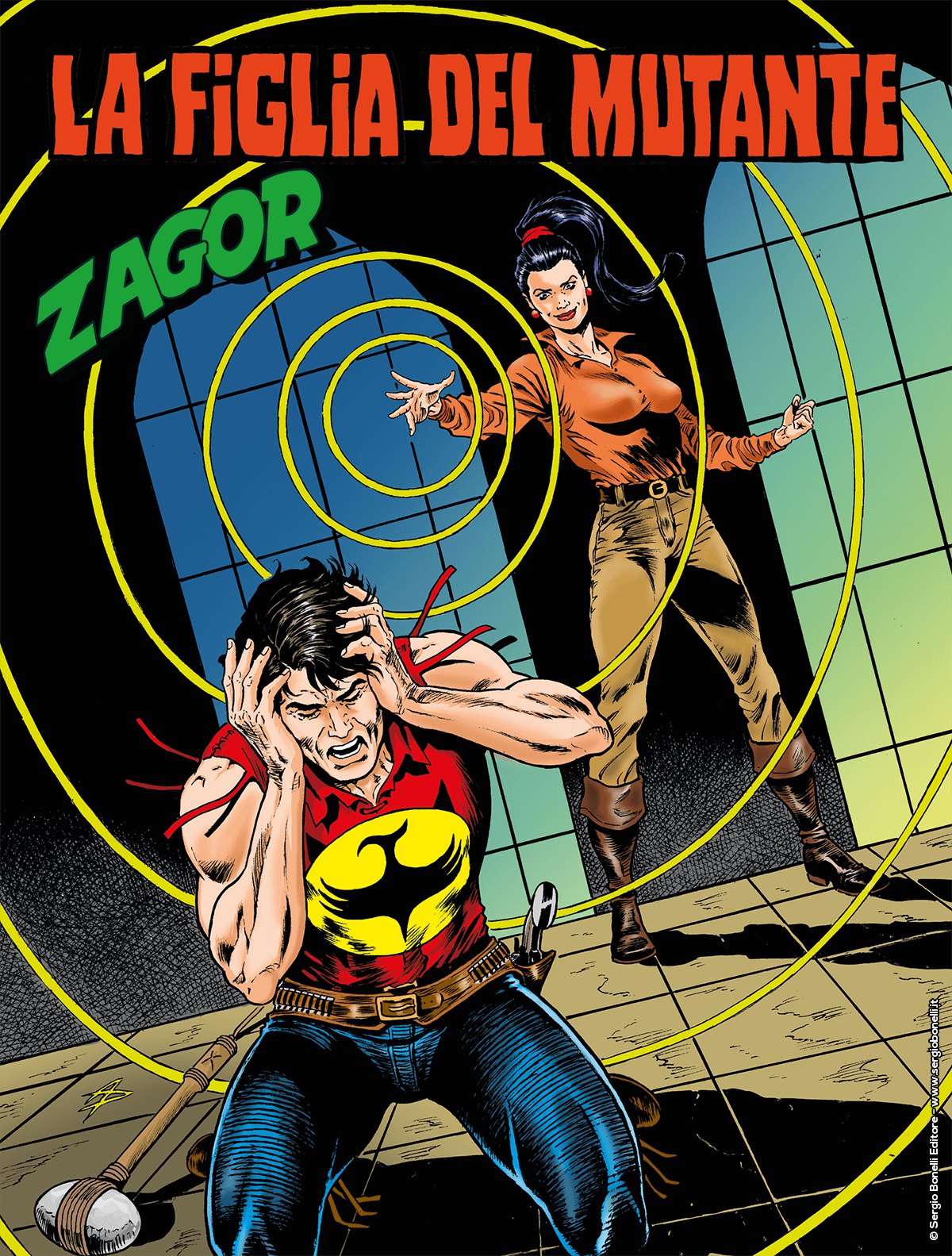 Introduction: The Spirit-with-the-Hatchet needs to stop a young, charming woman endowed with lethal powers. She’s the dangerous daughter of “Skull”!

Sophie Randall, the daughter of “Skull”, the mutant, escaped from Worcester's insane asylum. She was awakened by the telepathic “voice” of her father, whose two-brained head, severed from the body after he died and preserved in an alcoholic solution inside a case, was given to the researchers to study it. Determined to find the case, Sophie tries to find Zagor, believing that he knows where it is. The woman comes to Darkwood, spreading death everywhere she goes because, after going crazy, she finds intense pleasure in killing. The Spirit-with-the-Hatchet and Professor Barryman, the psychiatrist who was treating Sophie, will try to stop her!