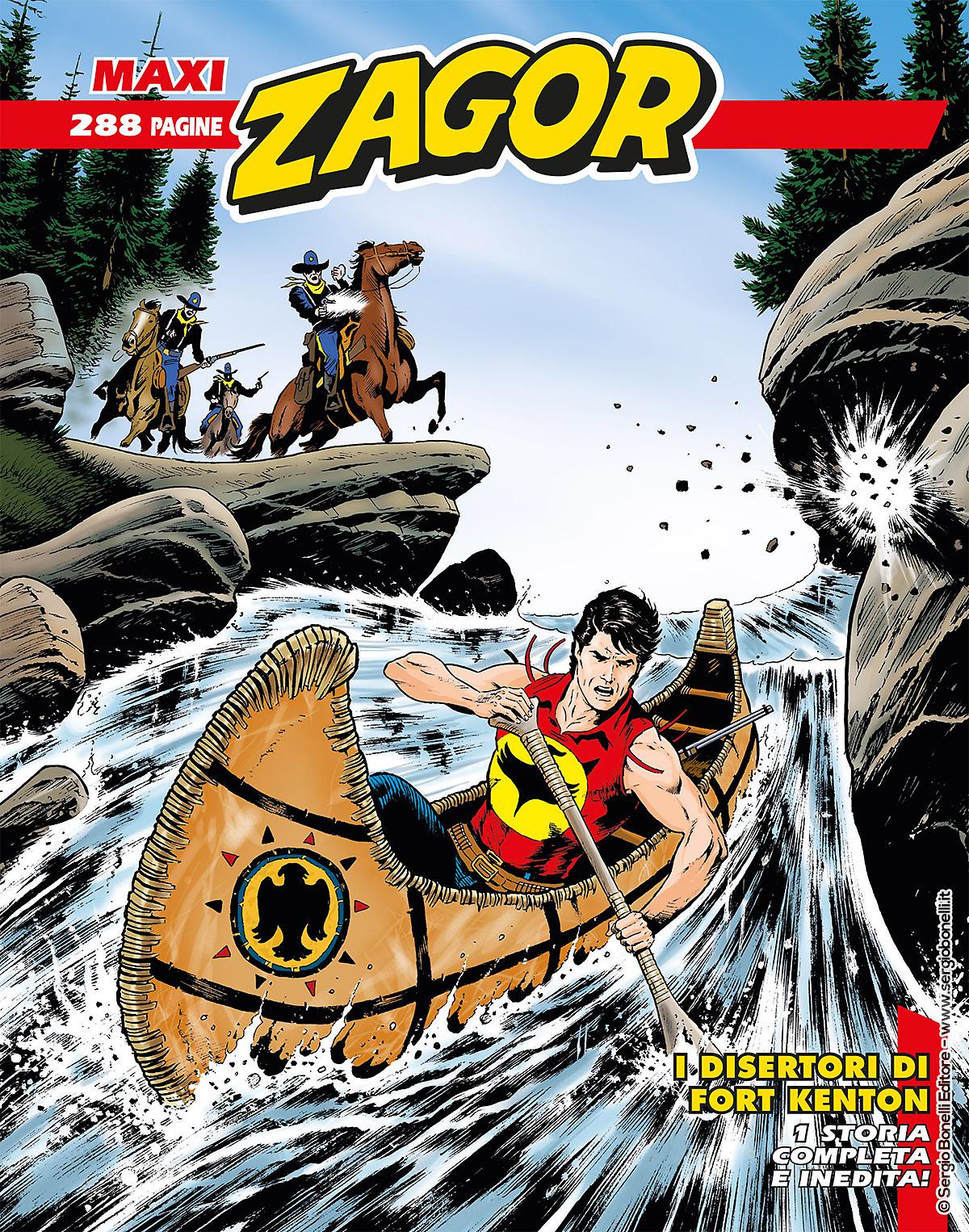 Introduction: To prevent a useless bloodbath, Zagor needs to solve a complicated situation…

When a young Blackfoot woman, Ayta, falls in love with Captain McKinley, she gives him a stone of a yellow metal she found in the river near her village, not far away from Fort Kenton. Determined to seize the other pieces of gold, McKinley deserts the army with a group of trusted men and destroys the village. He runs away with the stolen gold. Well, that’s the official version told by Colonel Pircher, and all the clues seemingly confirm it…
That’s also what Chief Kewak and the few Blackfoot warriors who survived the massacre said. And now, their only goal in life is revenge against all of Fort Kenton’s white men!
The deserters are running away, chased by Pircher, while Kewak ha decided to exterminate everybody, and die trying.
But the truth is very different. And Zagor wants to expose it.