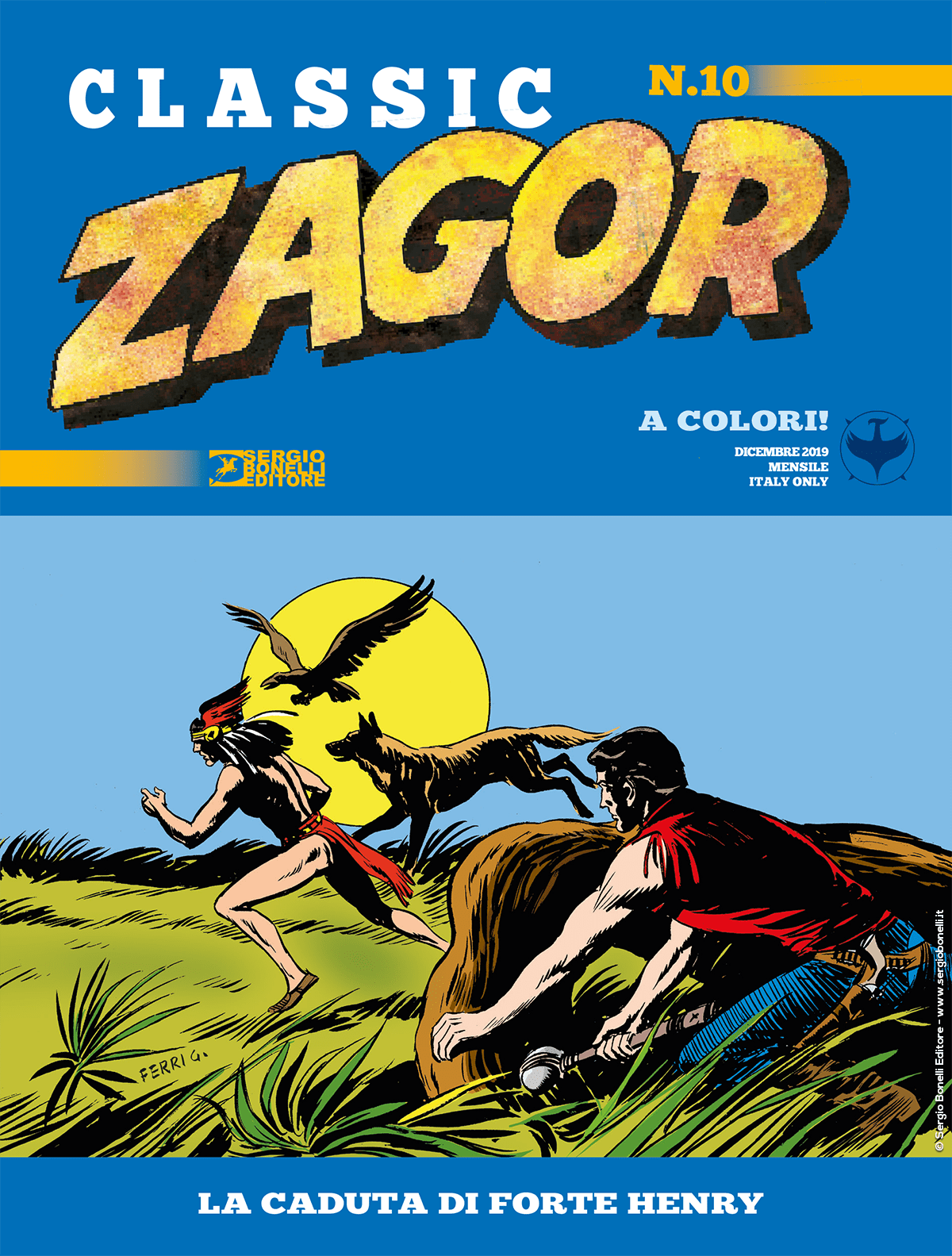 Introduction: “The Spirit-with-the-Hatchet can come forward as he pleases! His life will end on the tip of my knife!”

Convinced that the Spirit-with-the-Hatchet has killed his father, a Huron warrior called Nakawa is looking for revenge. After he persuades the chiefs of a few Native tribes to move war against what he calls “the yoke of White people”, they start a series of raids against the farms of peaceful settlers, leaving death and destruction on the ground. To prevent the conflict from escalating like a wildfire, Zagor & Cico organize a last, desperate resistance inside a trappers’ fort…