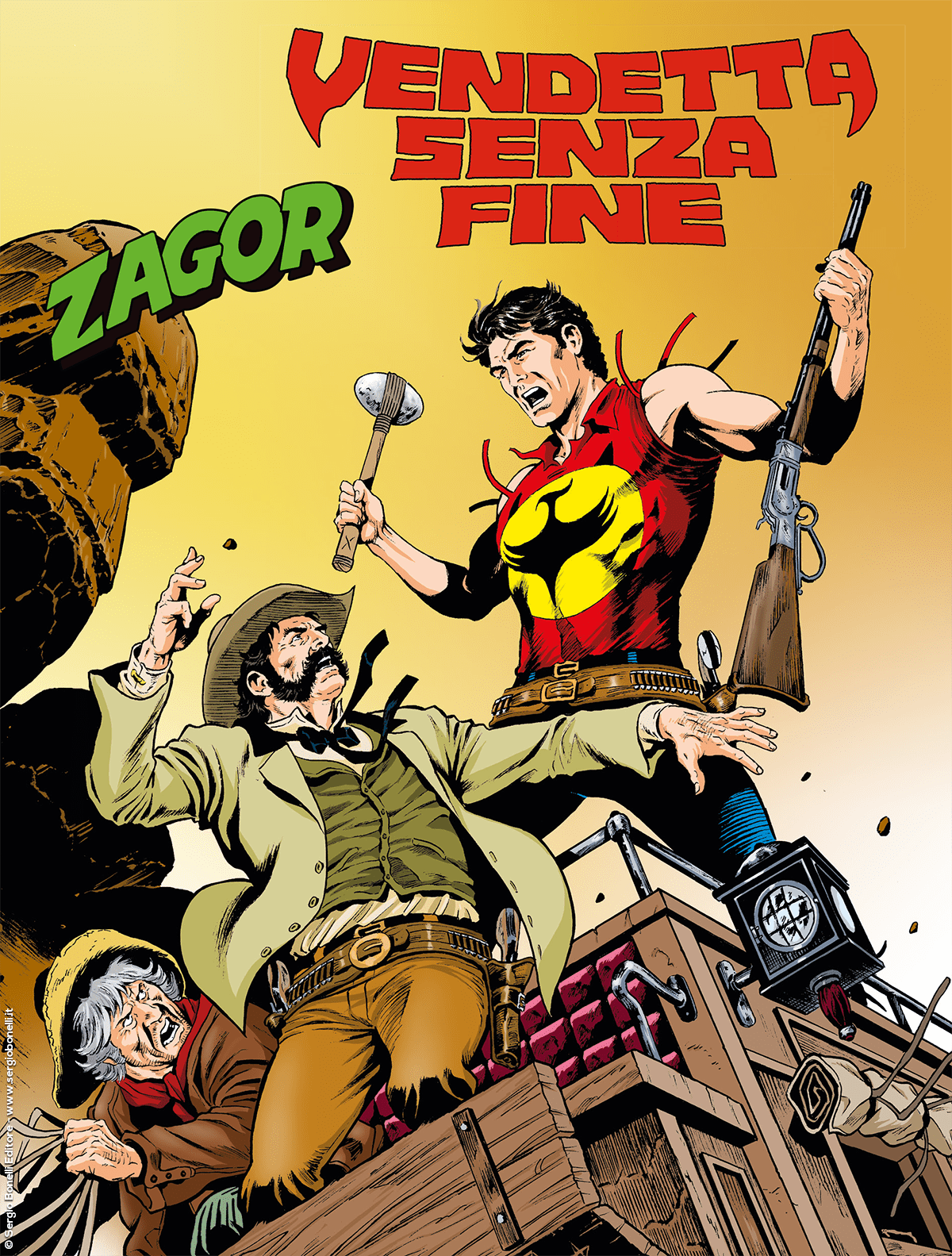 Introduction: It’s reckoning time for all the protagonists of the events caused by the disaster of the Milton Miller mine…

Joss Beaumont’s endless revenge is still burning like the fire that has been ablaze inside the mountain over Keating, from the time of the mining disaster that killed so many workers. The slow erosion of coal created large underground caves. The engineer Beaumont, who has gone mad after the tragic events he barely escaped, will try to make them collapse using an explosive he invented and called “beaumontite”. To strike Milton Miller – the owner of the mining company that he holds responsible for the Keating catastrophe – where it hurts most, Joss kidnaps Miller’s daughter Mary. Beaumonts lures all the protagonists, Miller, Zagor, O’Connor and his men, in the ghost town, for the last chapter of this tragedy…