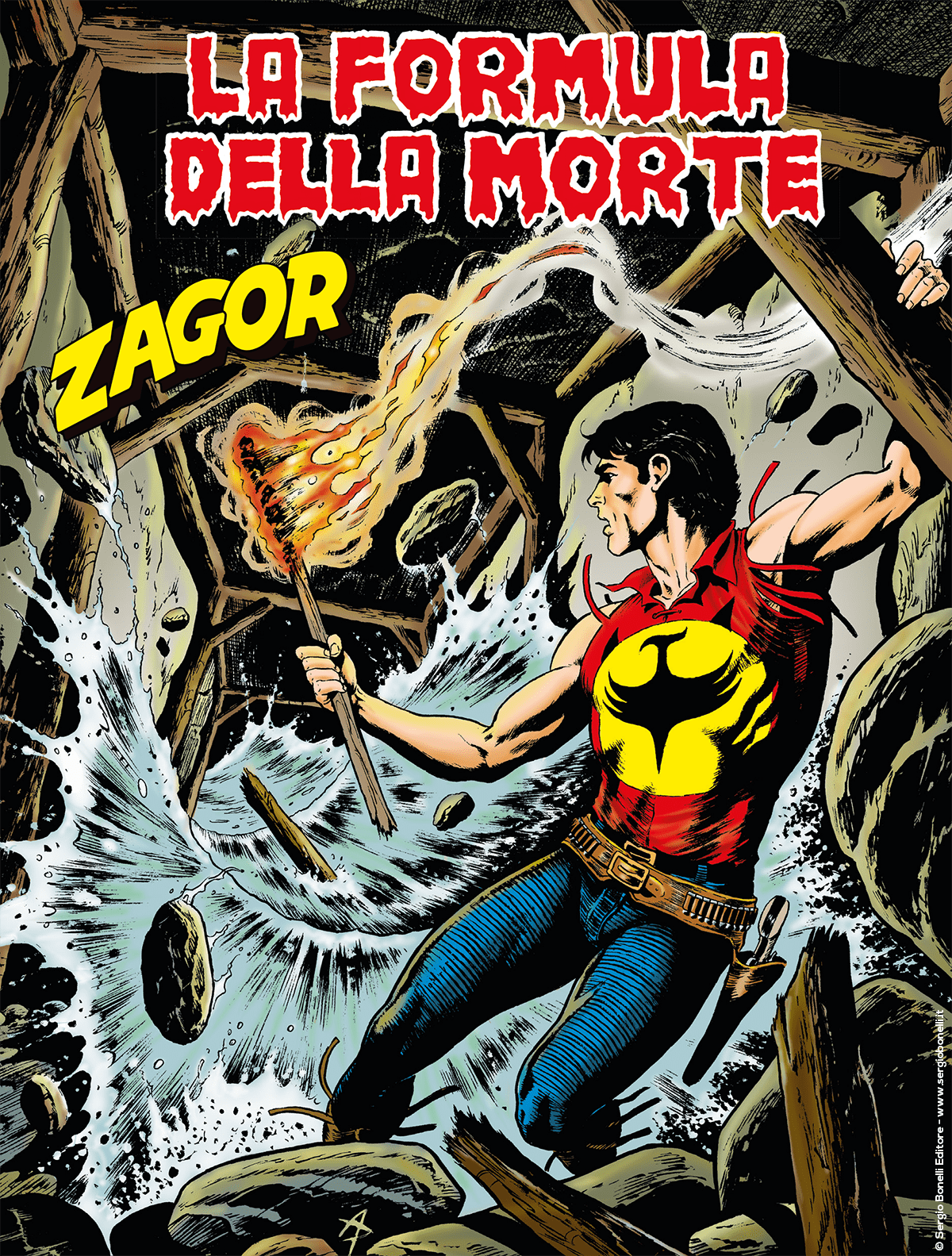 Introduction: The bomb attack that terrorized the mining city of Coalbridge isn’t the only problem that the Spirit-with-the-Hatchet needs to tackle…

An engineer, Joss Beaumont, who apparently died in the Keating mine disaster where dozens of workers lost their lives, has survived. Beaumont found out that the victims were mainly caused by the owner of the mine, the shady Milton Miller, who sealed the openings of the excavation site, to avoid that fire could burn the coal, the source of his wealth. Trying to have his revenge, Joss starts a string of bomb and fire attacks against people who work with the mining company and several logistical buildings. An expert in chemicals, Beaumont created the formula for the “Beaumontite”, a lethal explosive. Baker, the Marshal of Coalbridge, the town where Miller’s company put its HQ after leaving Keating, now a ghost town, asked Zagor to help him catch the attacker. The man’s identity is unknown because he dons a mask to conceal his face. Milton Miller won’t cooperate in the investigation, worried that somebody might find out about his many shady businesses and his responsibility in Keating’s disaster. But his brother Spencer gives the Spirit-with-the-Hatchet all the information he has, hoping that the attacker is caught before he and Mary, Milton’s daughter, are among the victims.
Meanwhile, Mister Miller orders his henchmen to eliminate Baker and Zagor before they discover anything. Zagor instead finds out that Beaumont wants to blow up a dam that allows Miller’s sawmill to work. At the same time, Miller’s right-hand man, O’ Connor, schemes to steal from his own boss, taking the wages destined to the miners.