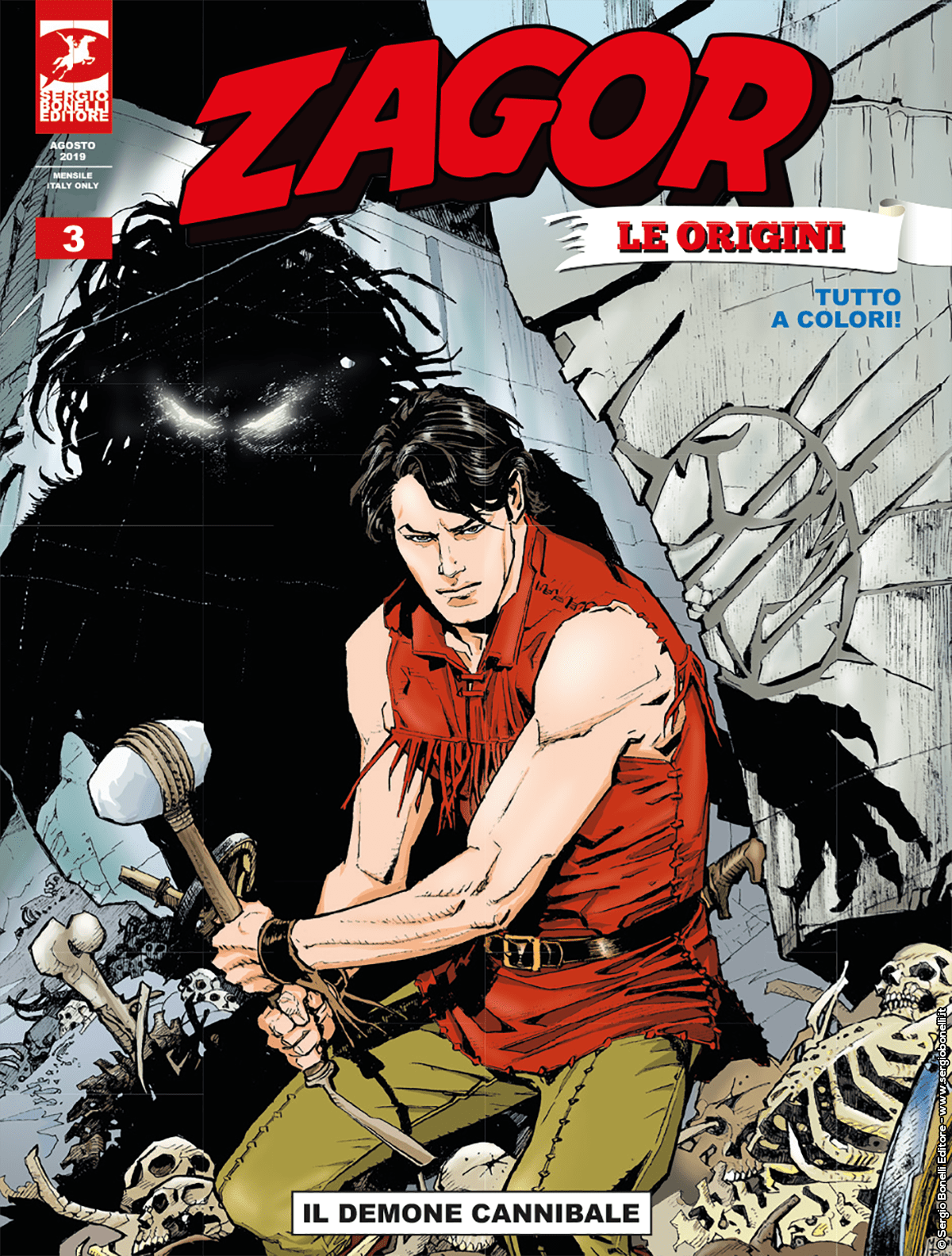 Introduction: There’s a terrible memory in “Wandering” Fitzy’s past, a black cloud the exhales a stench of death…

Young Pat Wilding has grown up: now he’s a teenager who rambles around the forest with his adoptive father, “Wandering” Fitzy. But he has never forgotten the name of the man who killed his birth parents, Salomon Kinsky, and swore to have his revenge against him. To fight him, Pat found somebody who taught him how to jump from a tree branch to the next, ride, shoot, and use a hatchet. Also Fitzy, though, has an inner demon that’s torturing him. There’s a secret in his past, something that prodded him to choose a solitary life. The ghosts from his pasta materialize with the arrival of the men who sentenced to death the members of a wagon train many years before. After kidnapping Pat, they take him to the “Bone Valley”, that is rumored to be haunted by a mysterious man-eating demon…