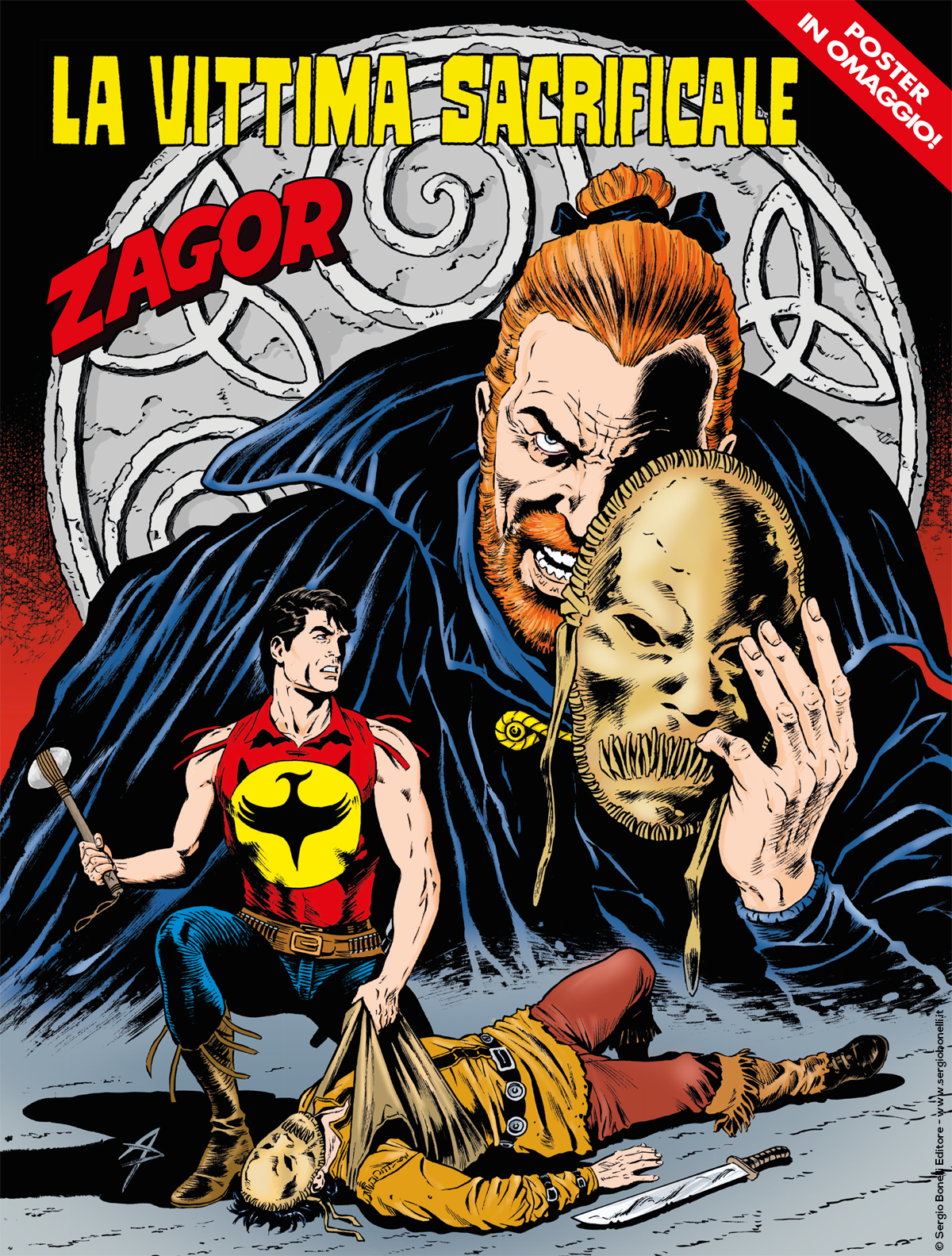 Introduction: To revive the druidic magic powers, the Servants of Cromm need to make a human sacrifice, and their designated victim is the SPirit-with-the-Hatchet!

Zagor finds the castle that the Cromm’s Herald uses as his lair, to hatch his revenge plans. After he sneaked inside and fought against the sect’s followers, our hero is caught and tortured. The Herald personally tells him the incredible truth about the reason why the Servants of Cromm wanted him alive. If they force him to suffer a bloody rite as a sacrificial victim, the Irish are convinced that they could access the druidic magic powers, instead of the few limited charms they use now. After that, they could reach their goal—recreate the ancient Celtic culture in Ireland as well as in America. Apparently, nothing would be impossible for those who own magic. The promise of great power to the sect in exchange for the human sacrifice is made by a superhuman entity that Zagor already knows... somebody who forged an alliance with the Servants of Cromm!

Contains a poster of Zagor!