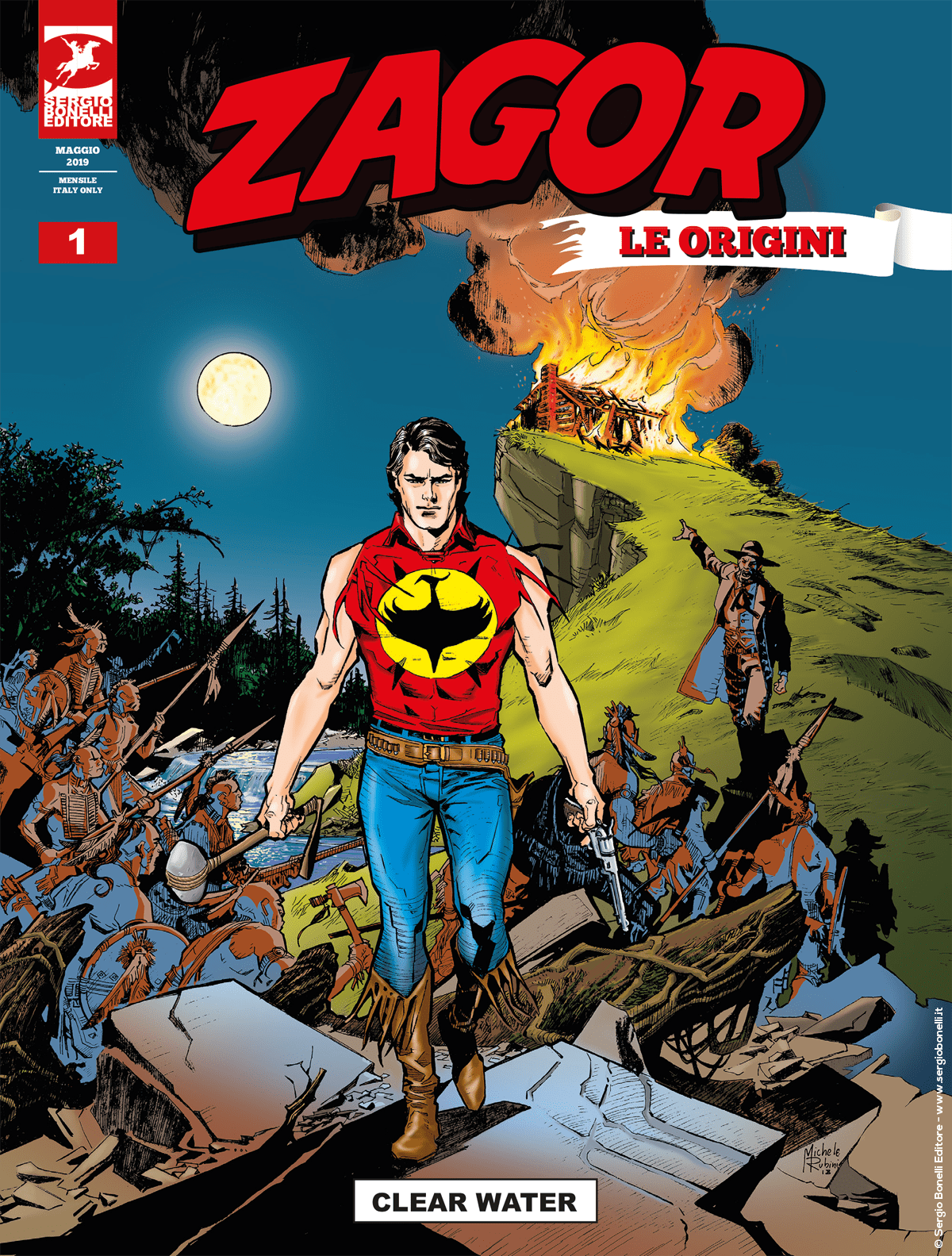 Introduction: All legends have an origin. The legend of Za-Gor-Te-Nay, the Spirit-with-the-Hatchet, begins on the shores of the Clear Water River, in Darkwood Forest…

A trapper called Mike Wilding, and his wife Betty raise their son Patrick in their hut. A happy family.
But Mike conceals a dramatic past, from the time he wore the uniform of a lieutenant of the U.S. Army. His secret is known by a lawyer, Summerscale, who sometimes comes to visit him, unbeknownst to Betty and Patrick. One fateful night, the former soldier’s nightmares materialize, under the guise of a band of Abenaki warriors led by a shady White preacher, Salomon Kinsky...