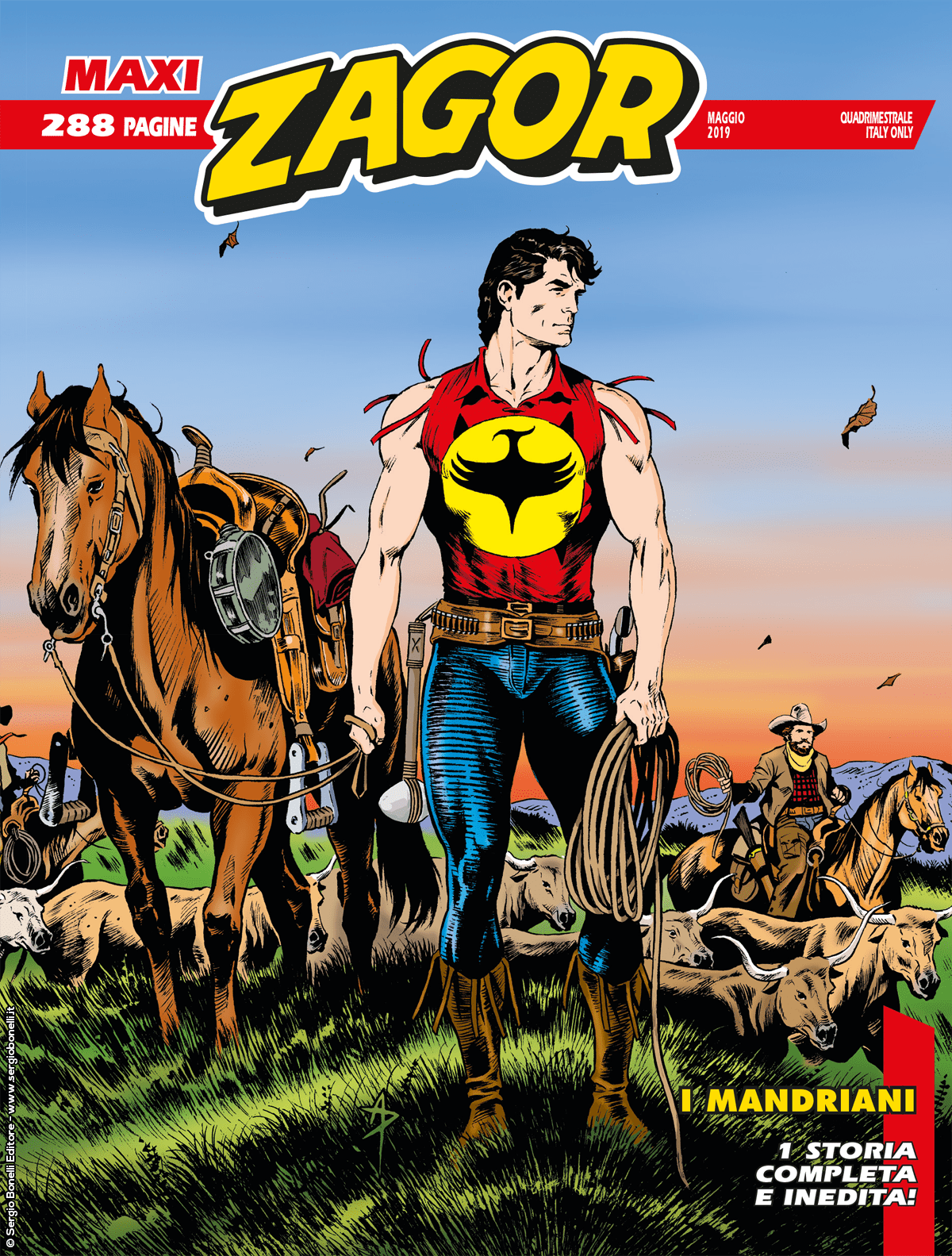 Introduction: The Osage are on the warpath, after the cattle that would allow them to survive the winter has been stolen. Zagor, along with three disheveled cowboys, has to race against the clock to bring the herd back!

The cattle the U.S. Government promised to the Osage to feed on during the winter, in the territories they were given by the peace treaties, has been stolen. Risking to die of hunger, the Osage are threatening to go on the warpath. Zagor begins a race against the clock to find the stolen herd and bring it back to the Native village. To fight the criminals that robbed the Natives, the Spirit-with-the-Hatchet can only count on Cico, and three out-of-work cowboys: a gimp, a Black cowboy, and a drunkard. How can he reach his goal, with such an improbable team?