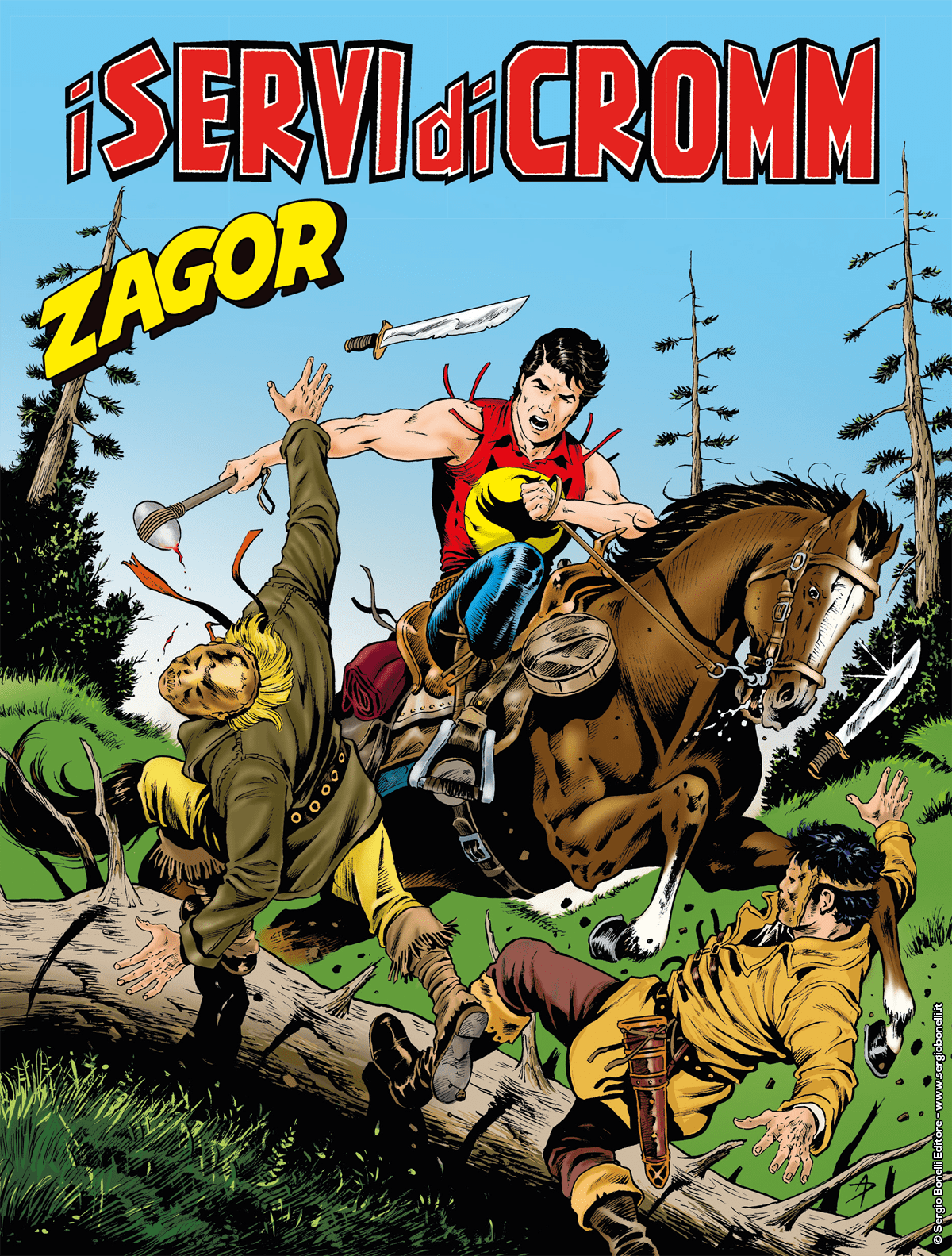 Introduction: Zagor already defeated them in the past, but the followers of an ancient Celtic sect have regrouped and want their revenge!

The Servants of Cromm, the Irish sect that wants to bring back to life the ancestral Celtic cults and set Ireland free from the English domination, took refuge in America after the authorities sent its leaders to the gallows in their homeland. Now they are preparing for revenge. Before he was hanged as a rebel and a revolutionary, the founder, Aidan Lynch, had rediscovered ancient druidic rituals opening the prospect of using magic for the sect’s goals. The new leader, called Cromm’s Herald, follows in his footsteps. In his human sacrifices, he covers in blood a metal reproduction of the Triskelion, one of the Celtic sacred emblems. The Servants of Cromm want their revenge on Zagor and Lucius Murphy, who in a recent past defeated many of their followers. But they seem determined to catch the Spirit-with-the-Hatchet alive, to subject him to a magic rite with mysterious purposes. The Darkwood hero saves Lucius from an ambush and looks with him for clues to the lair of the sect members, where the Herald has his headquarters...