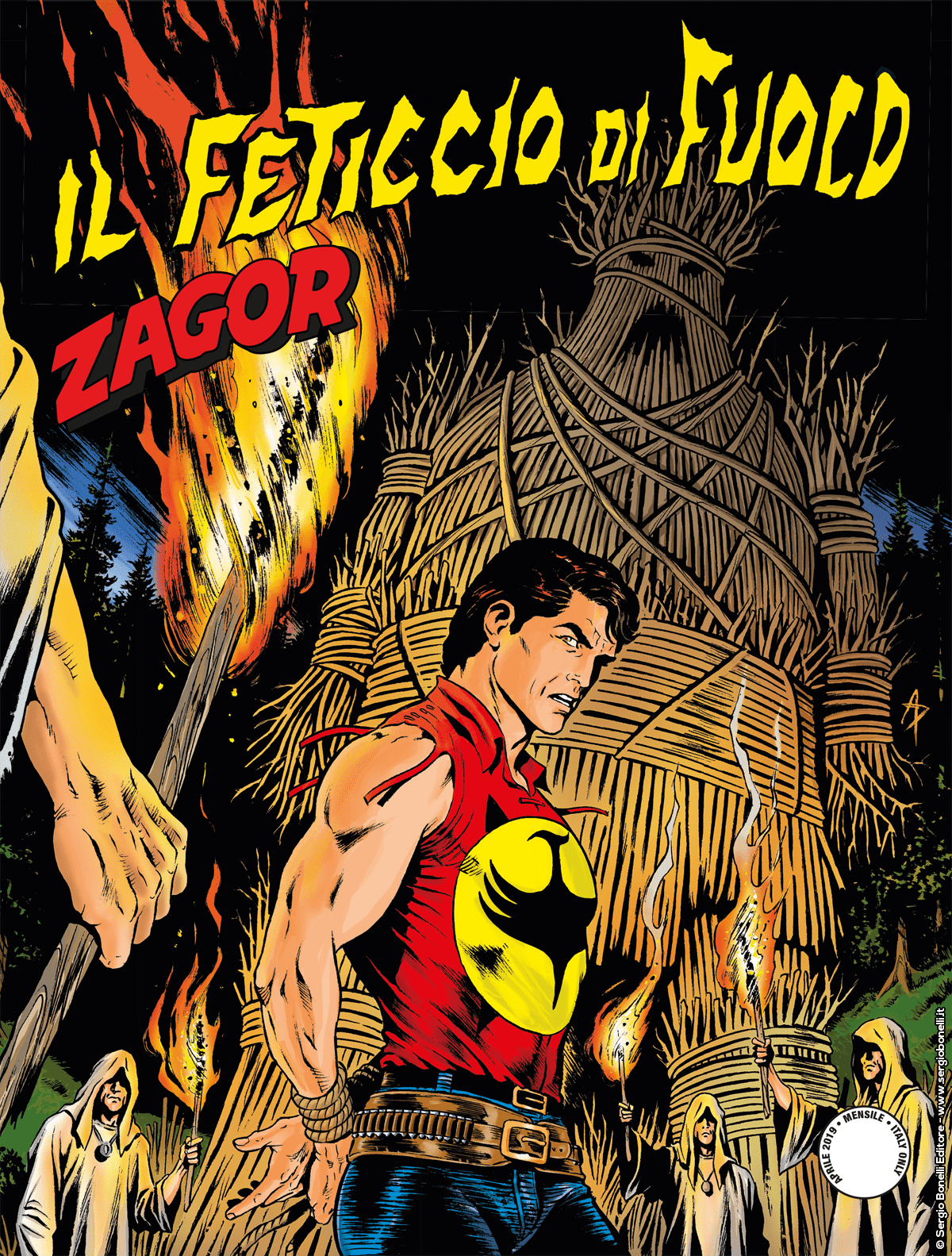 Introduction: The long adventure that saw Zagor fight Julia Schulz and her henchmen comes to an end. But it’s not time yet to rest for the Spirit-with-the-Hatchet…

It’s the finale for the adventure in the Teon pueblo, with an ultimate high-voltage clash between Zagor and the White and Native men hired by Julia Schulz. The mystery of the scrolls from the Library of Alexandria is solved. And a new tale begins immediately: a massive fire in the Darkwood Forest is just the first event of a dramatic climax of confrontations between the Spirit-with-the-Hatchet and the sect of the Servants of Cromm, that Zagor already fought in the past. They are the followers of a group of fanatics who want to bring the cult of the ancient gods back to Ireland. After they’ve been banished from their country, they try to create their own kingdom in the New World, thanks to ancestral magic rites.