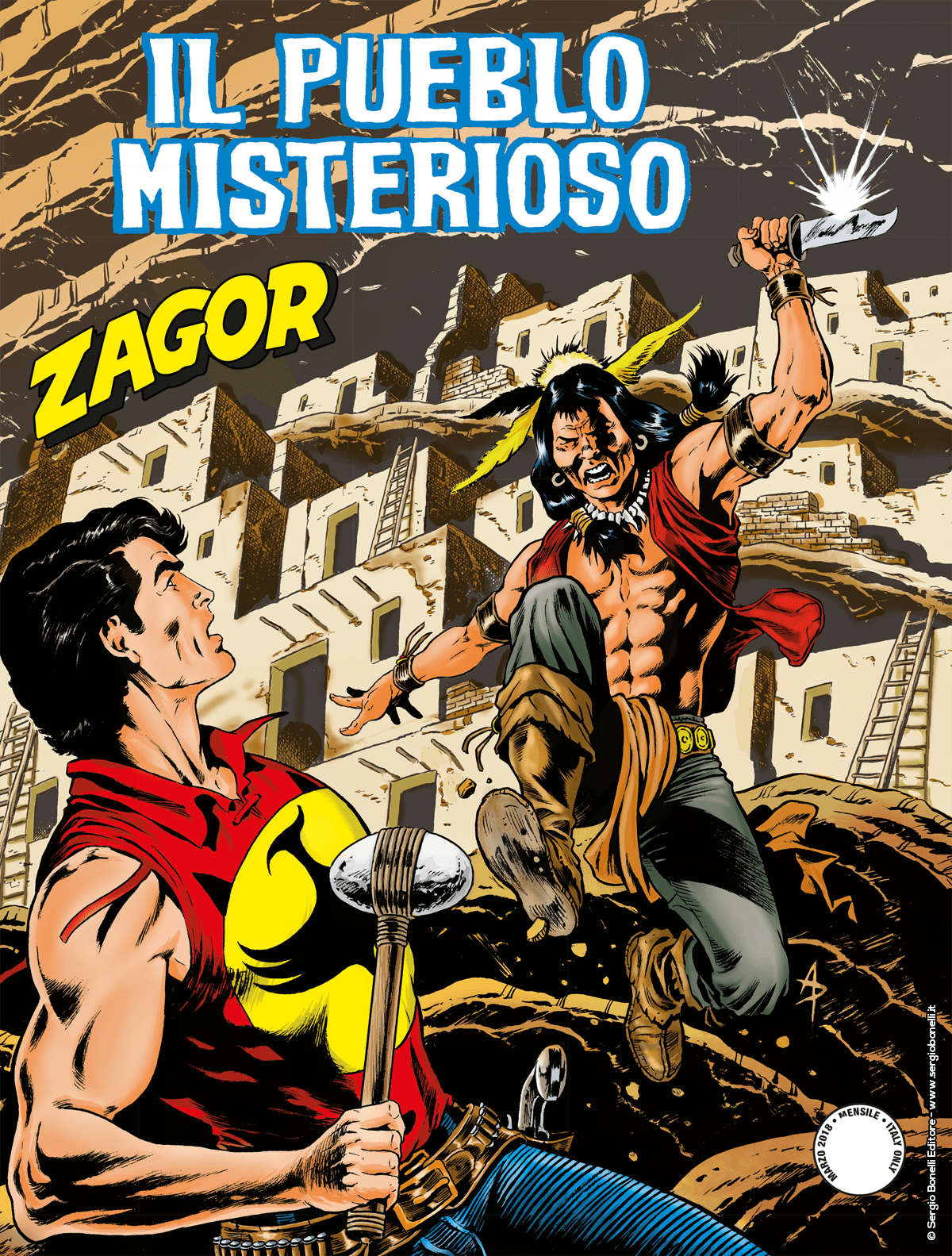 Introduction: Someone’s hunting the Spirit-with-the-Hatchet, but he wants to follow the kidnappers of Professor McFly all the same. And he’s determined to solve the mystery of the old papyrus!

The group led by Julia Schulz reaches the Teon pueblo, the place where – according to ancient documents – papyrus scrolls from the Library of Alexandria are kept. The manuscripts arrived there, after a long voyage, at the times of Hypatia the philosopher and her father Teone, who supposedly gave the hamlet its name. After Zagor escaped the hunt of the Native warriors hired by Schulz, he follows the woman and her party to rescue Professor McFly, who is their prisoner.