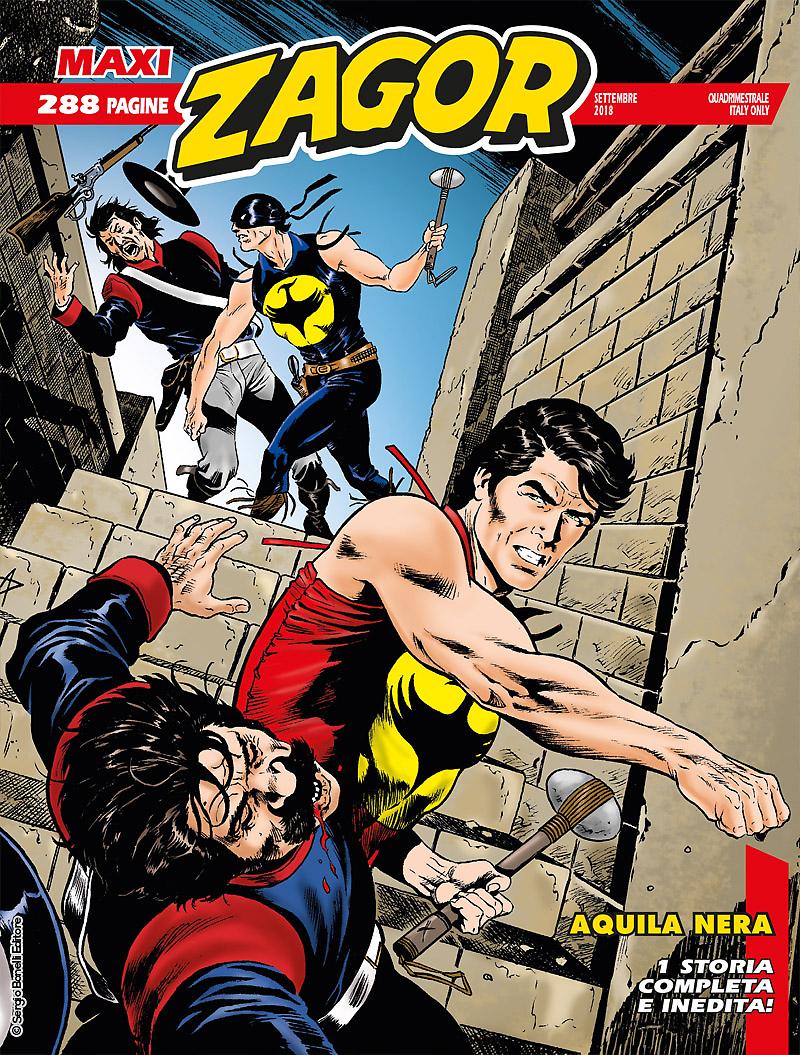 Introduction: Zagor and Cico are in L.A., where they meet two young friends and an old enemy, who has changed identity and now goes under the name of El Hierro!

After their stay in Alaska, Zagor and Cico decided to travel to L.A. by ship, and then take the road back to Darkwood. Meanwhile, they want to visit their friends, don Lope de La Sierra, Ines, and Rolando, that they have known in one of their previous adventures in California. After they land in Monterey, they find a terrible surprise. A gang of mysterious hit men has butchered don Lope's family. Also, after a chain of tragic events, the wind of rebellion is blowing everywhere: the people of California want their independence from Mexico... while an old unexpected enemy of Zagor’s, is stirring up the revolt on behalf of the American government!