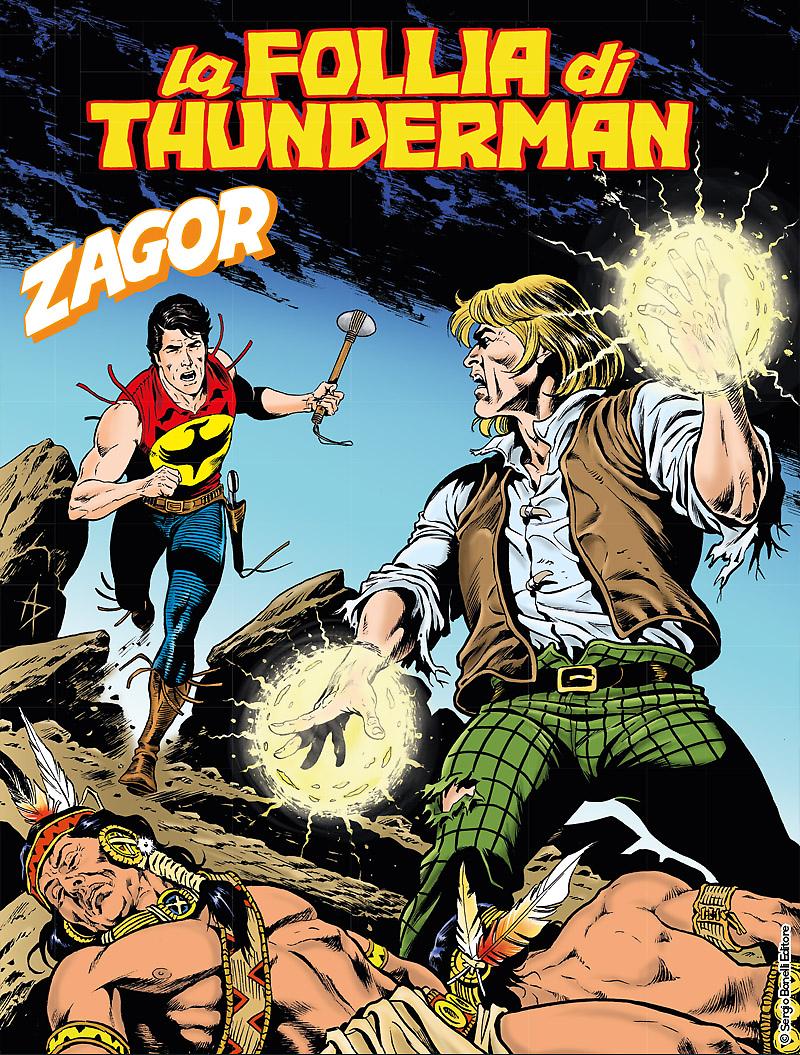 Introduction: How can the Spirit-with-the-Hatchet fight an uber-villain who’s able to shoot thunderbolts with his fingers?

The “burning rock” gave Thunderman back all his ancient powers, increased in range and force… but the excessive energy that struck Alfred Bannister has devastated his body and sent him crazy! Even Marcus, the flying man who was an ally of Thunderman’s, now knows that he can’t control him anymore and is forced to ask Zagor for help. But how can the Spirit-with-the-Hatchet, who is recovering from severe injuries, stop the blind fury of a super-villain, whose fingers shoot thunderbolts able to destroy rocks?