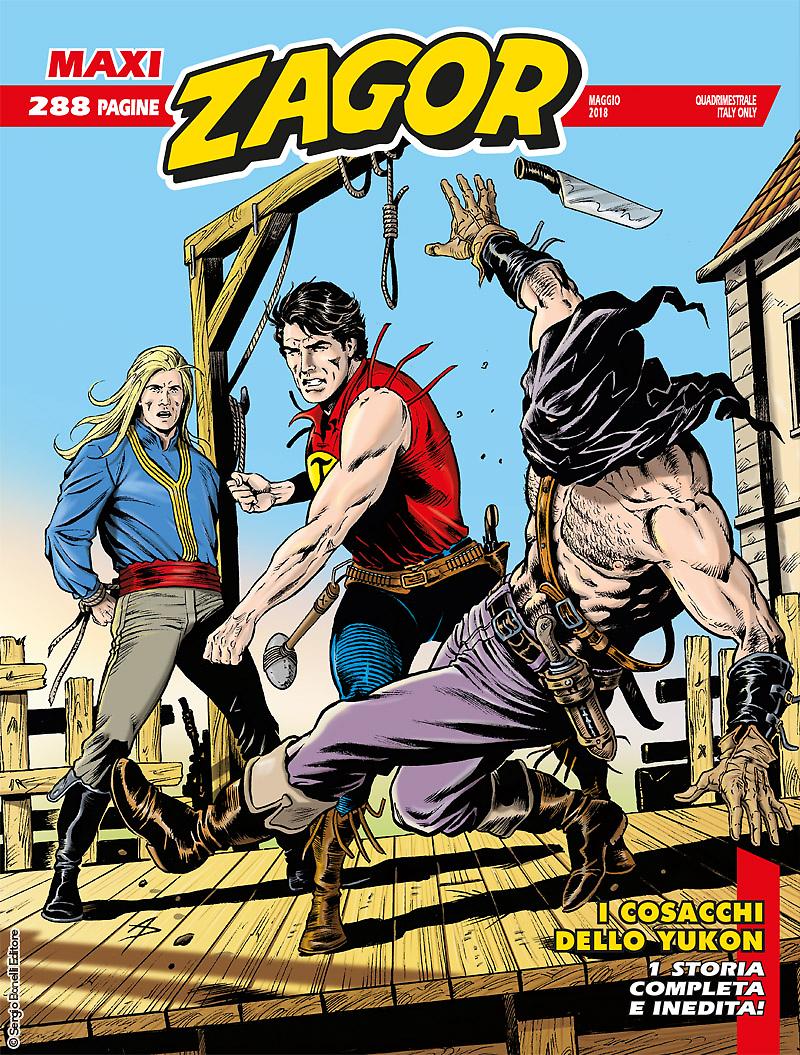 Introduction: A "short" detour in their journey back to Darkwood: Zagor & Cico try to help a Russian colony in Alaska!

For Zagor, it’s yet another stop on his West Coast journey. The Spirit-with-the-Hatchet, Cico, and their old friend, the Russian prince Vassili Rezanov, go back to New Arkhangelsk, the Russian settlement in Alaska, while waiting for a boat to Darkwood. There, they meet again the young Alexis Pougatchew, a noble relative of the Czar who chose to live as a trapper, instead of facing the dynastic intrigue and the court conspiracies in Moscow.
Alexis went back to Alaska incognito, after a girl he’s in love with told him that the people of Novograd (another Russian settlement in Alaska) are ruled by a despotic duke. Zagor chooses to help prince Alexis to reach Novograd and help those who fight the duke to give freedom back to their city!