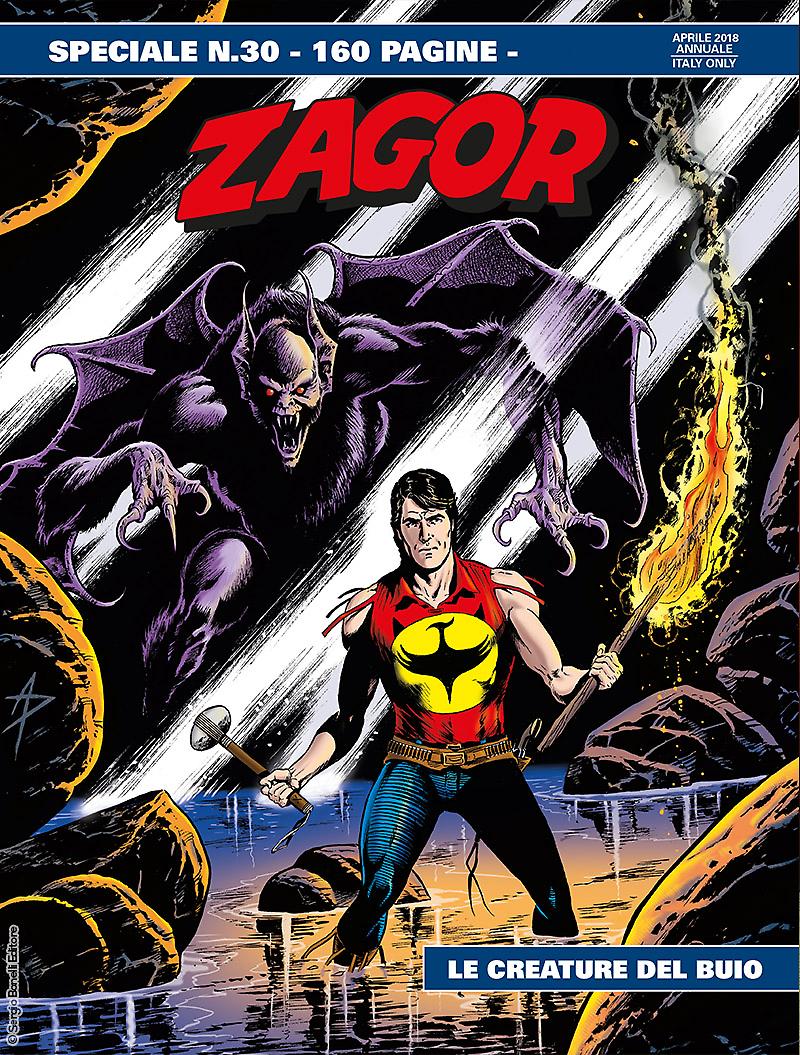 Introduction: The profanation of a sacred place is never a good idea, especially when you end up with proving the existence of supposedly imaginary creatures...

The "Fearsome Critters" are bizarre and grotesque beings that can often be terrifying and monstrous. In Darkwood, lumberjacks have the habit of telling tales about the critters when they sit around their campfires. They have always been considered only as fantasies, of course... that, at least, until a group of miners profane a cave that, according to the Shawnee, is the door to the realm of spirits. As a consequence, Darkwood is invaded by the "Fearsome Critters" themselves, who are looking for victims to quench their insatiable hunger. Zagor & Cico are forced to fight for their lives and their forest, that is growing increasingly more corrupted by the critters’ evil influence.