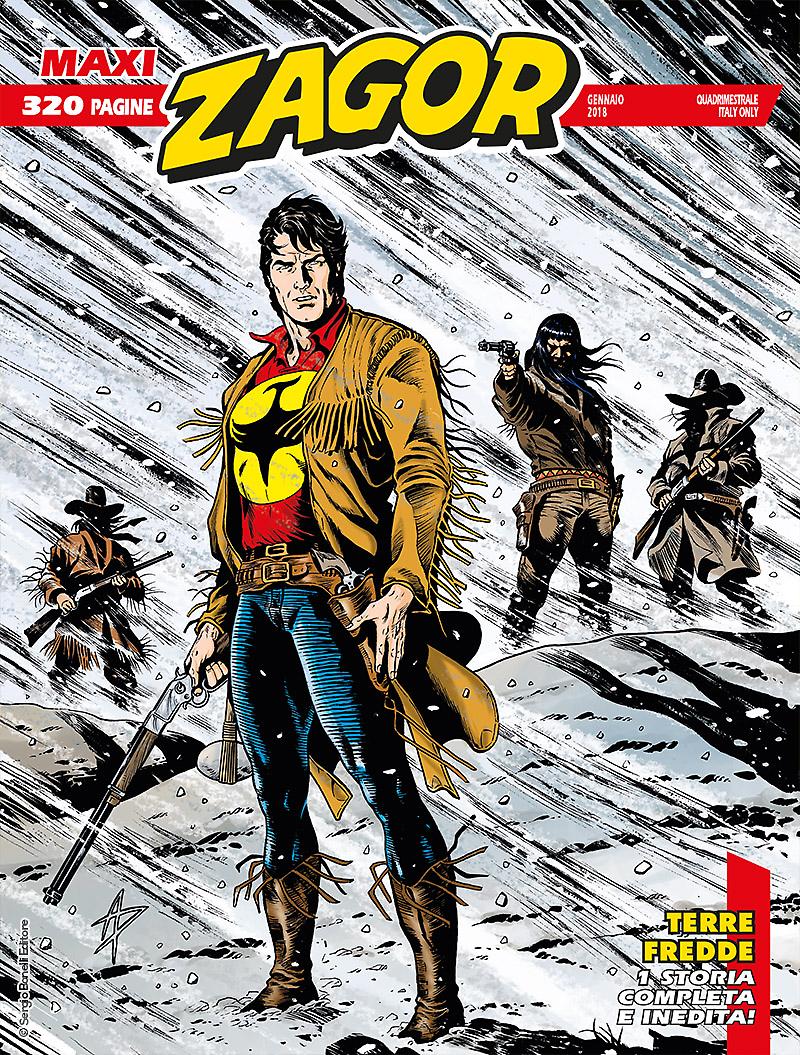 Introduction: How far Darkwood is, from the American North-West...

A ruthless marauder that goes under the name of "Carcajou," like a demon feared by the Northern tribes, spreads death among the hunters’ settlements on the Northwestern Pacific coast. When Captain Honest Joe and the crew of the “Dragoon” are victims of Carcajou’s raids also, Zagor comes to the rescue in the freezing forests of the North-West, the distance from Darkwood notwithstanding. When he gets there, the Spirit-with-the-Hatchet finds that there’s one of his oldest enemies under the guise of the mysterious criminal. And he came back just to settle the score with Zagor!