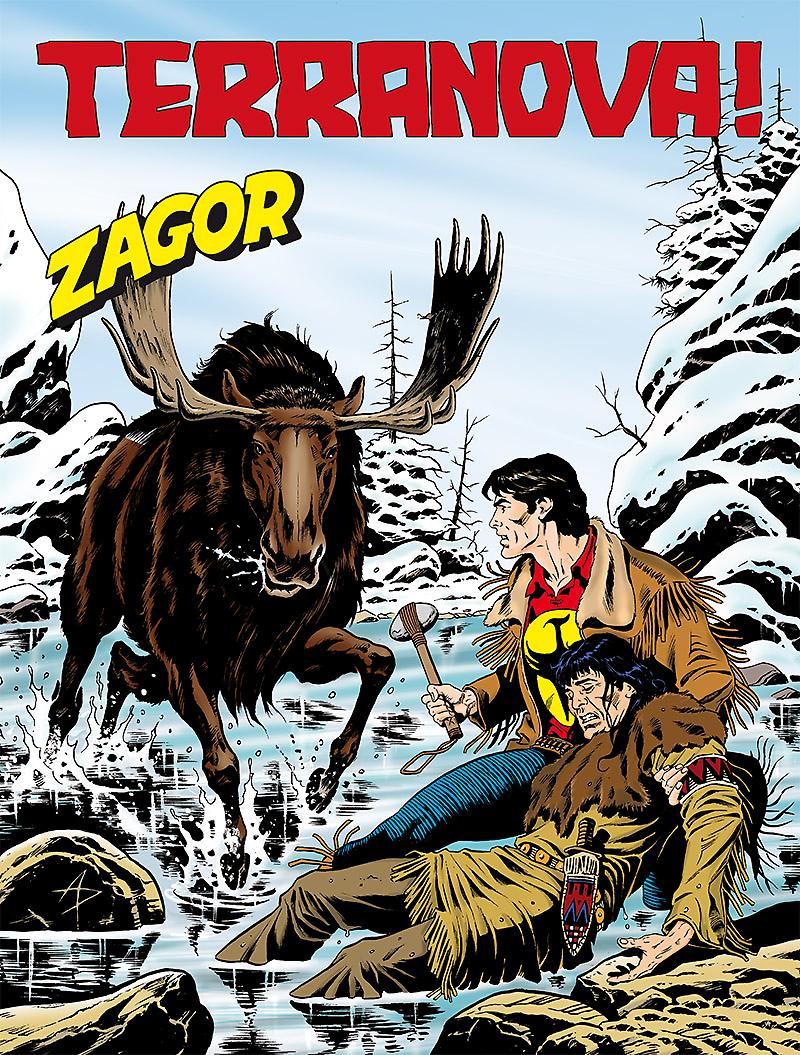 Introduction: A dangerous rescue mission begins in the frozen waters of Baffin Island!

Zagor and Cico land in St.John's, the capital city of Newfoundland. There, they help an exhausted sailor, who came to the island looking for help on behalf of Captain Forman and his fellow seamen—they are trapped with their ship, the "Freedom", in the frozen sea near Baffin Island. The organization of a rescue party is difficult, due to the covert hostility of Lechant, a shipowner who's determined to get rid of the competition represented by Forman and his ship. The Spirit-with-the-Hatchet and his Mexican friend will soon find themselves on board of Captain Howe's "Sea Rider", ready to begin an epic adventure!