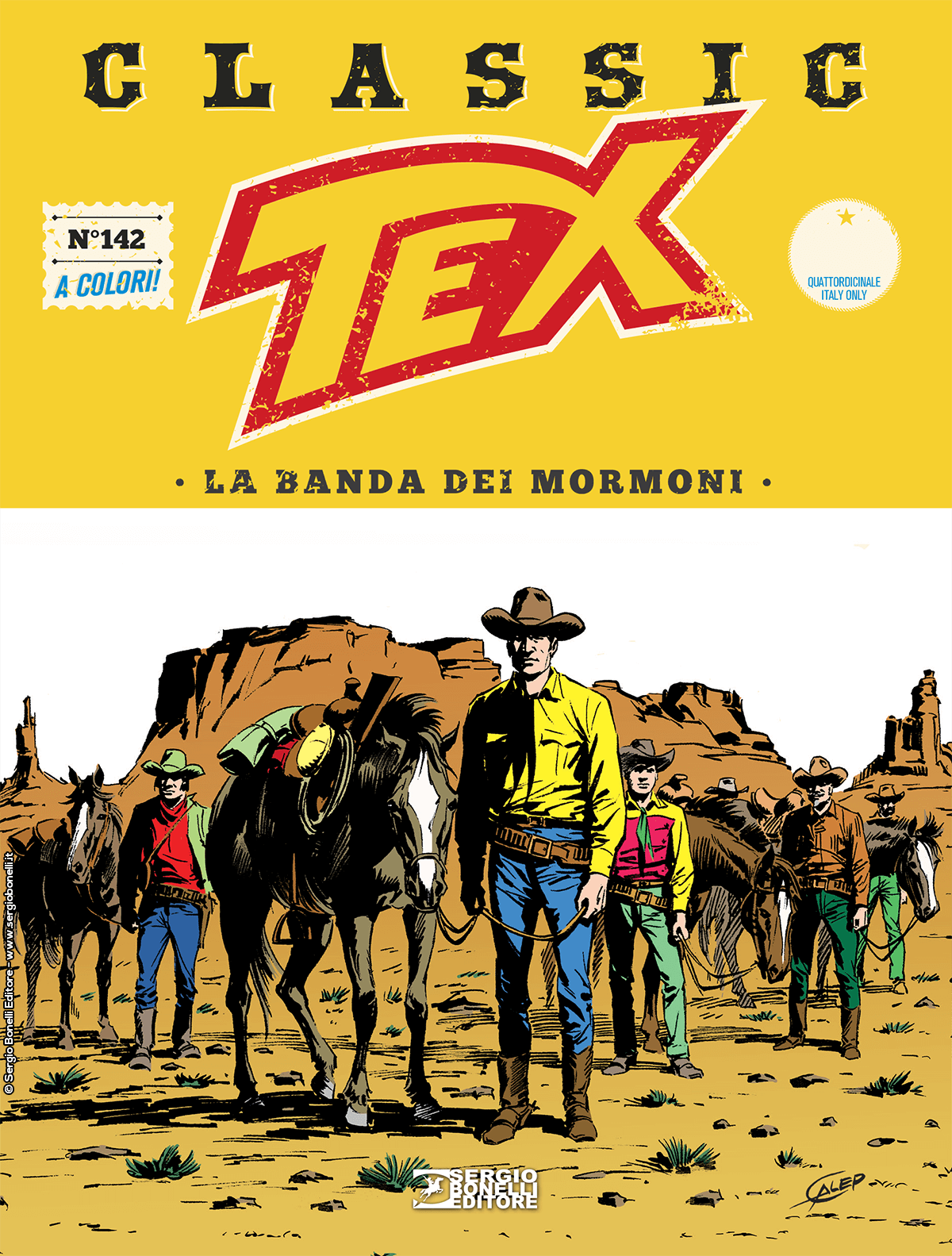 Introduction: “After we’ve done with this and washed our teeth with a couple of bottles of cool beer, we can think about Pat”.

The alliance with El Cisco proves helpful, and Steve Randall’s gang suffers heavy losses. When Tex rejoins with Carson and Kit, El Caimán’s career is destined to end abruptly!
Some time later, three robbers dressed as Mormon preachers rob a bank in Texas, vanishing into thin air… Tex and Kit Carson have to find the gang’s lair. The clues lead to the Great American Circus, an itinerant show directed by a corpulent lady, Rosa Seymour, and her incompetent husband, Ben. In cahoots with the wily lion-tamer, Leo Castell, Rosa leads a double life: she is the gang’s boss!