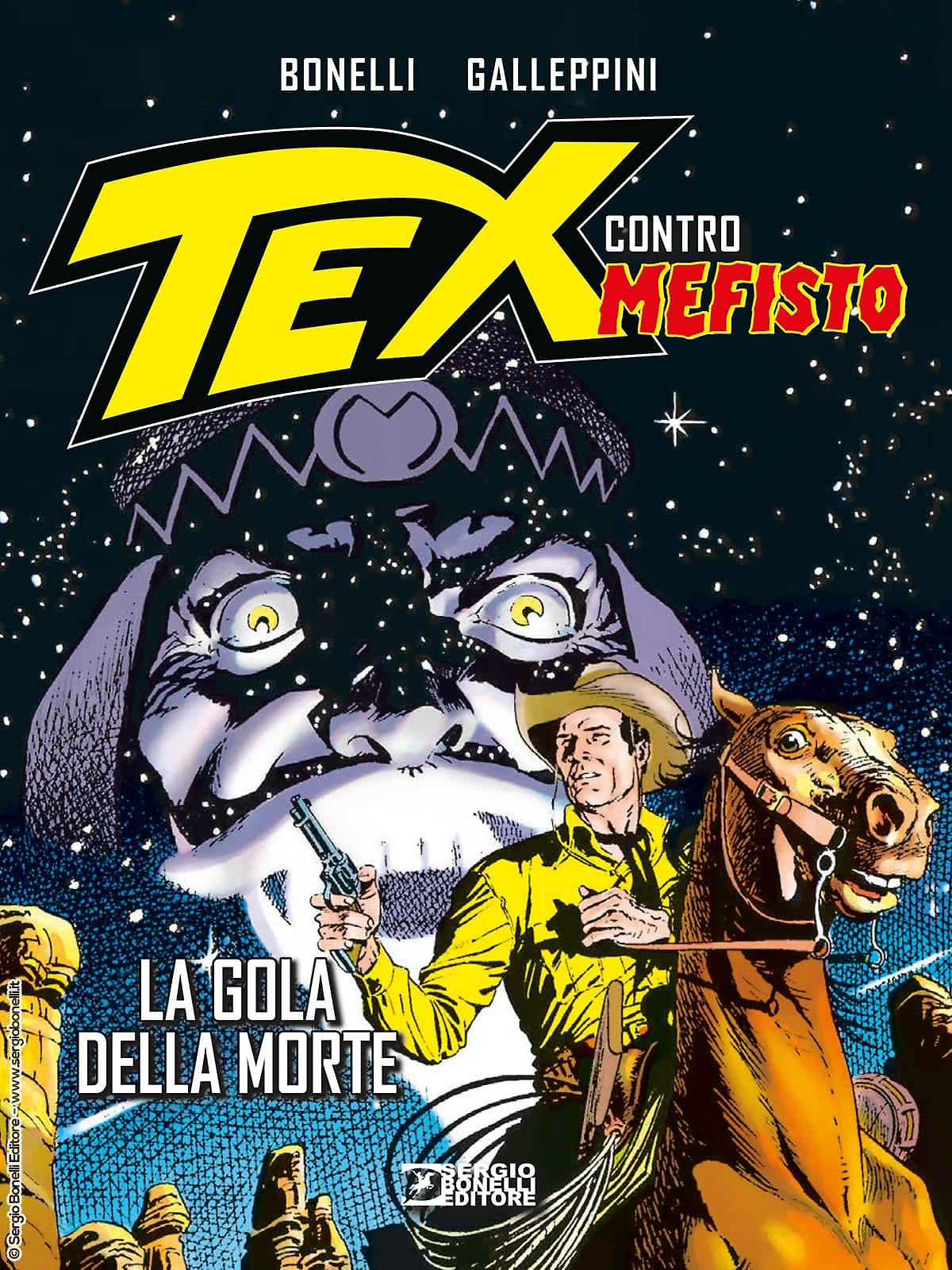 The first book in the series reprinting all the adventures of Tex against Mefisto, his most dangerous enemy! Here the first two tales, when Steve Dickhart was still an intriguing magician and a spy working for the Mexican Government, and when he came back as the evil Mefisto with a plan for vengeance!